Mastodon debut 'The Making Of Hushed And Grim' documentary 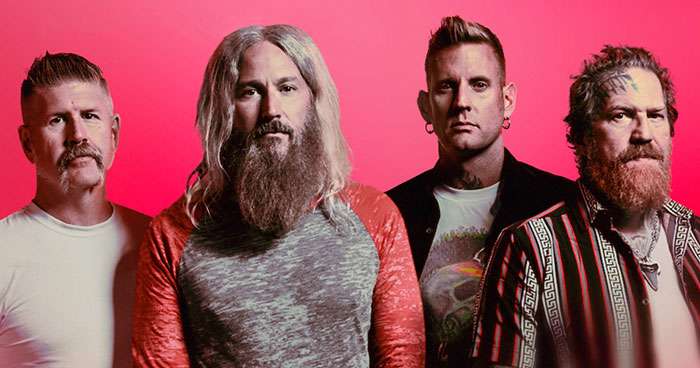 The Making Of Hushed And Grim, a 90-minute documentary by Mastodon, is now available for streaming. It examines the recording process of Mastodon's 2021 album Hushed And Grim as well as a few comedic moments.

In the band's words:

The 90 minute film is an intimate look at the band's creative process, which was heavily influenced by the untimely death of Nick John, the band's long time manager and friend.

What are Keith Buckley's thoughts on this?

This makes me physically ill.

This is guaranteed to be a boring 90 minutes just like every album of theirs since the "Hunter". At least it's not deathcore so that's a positive in this day and age of metal.

Mastodon has been dogshit for 10+ years now.

I saw Mastodon like 5 years ago thinking they wohld suck and they were actually really good.

Mastodon live this year f*cking rock!! Any music doc done well in any genre is surely interesting for most people?! Unless they're cretinously ignorant like the above people!

^^ you're worse than the anonymous posters.

Yep at least it's not deathcore or mediocre 2000s metalcore.

Guys with food in their beards are stoked.

so, I randomly clicked on a spot in the documentary, and landed on some comedy bit. one of the 'don was on a boat, "fished" a lobster tail and stick of butter out of a lake, and was going on about something. None of this has anything to do with any album that was ever recorded by any human at any point in human history. This is not a documentary. I want my money back.

Is it just going to be them smoking weed out of an elephant tusk or something?

This one is devoted to someone who died blah blah blah

lol at the 80s gay 'stache on the dude in the far left. like, he knows that's the stache gay dudes have? that's 100% the "tickle the sack when I suck dick" mustache.