"Heart Reformer" is off II, which drops October 28th 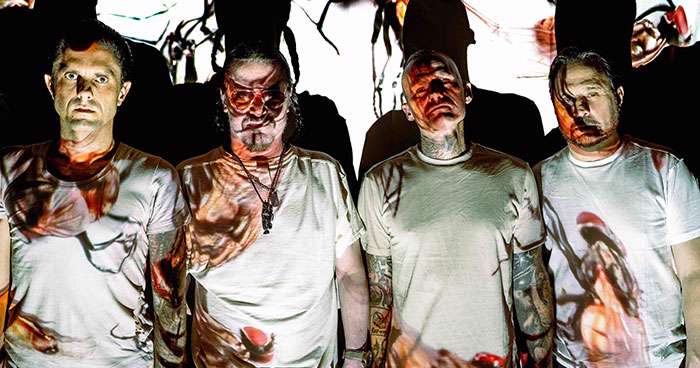 Dead Cross, the four-headed Hydra featuring Mike Patton, Dave Lombardo, Justin Pearson and Michael Crain, return with the abrasive 9-song album, II, on Oct. 28th The album, while both a raucous hardcore collection, and at times, a politically-charged opus, has its roots in friendship, with the band rallying together after Crain received a surprise cancer diagnosis.