Crossfaith headed back to North America to tour with LIMBS, Guerilla Warfare

Marking their first time back since 2015, the band shared a live video 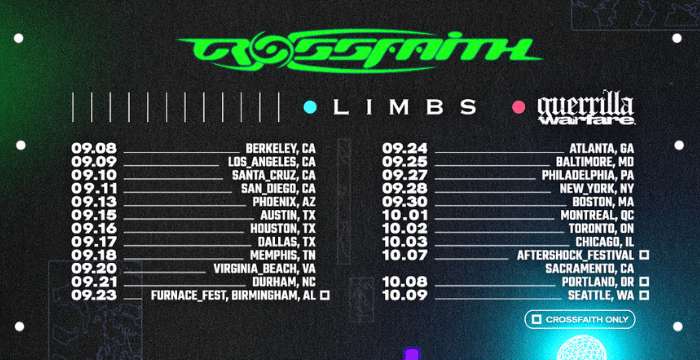 Osaka, Japan's Crossfaith are headed back to North America next month for the first time since 2015, bringing along Florida-based label mates LIMBS, and Kentucky's Guerilla Warfare.

The upcoming headline tour kicks off on September 8 in Berkeley, California, and runs through October 9 in Seattle, Washington. The band will appear at several key festivals during the run as well, including Furnace Fest and Aftershock.

To celebrate their return to North American stages the band has shared a live video for "Gimme Danger."

The band says about the video:

"This music video is made from footage of our first-ever headlining show on a major Japanese outdoor festival, [the Satanic Carnival Festival 2022]. You can feel our raw energy throughout of this video. Go check it out so you can be ready for our headlining world tour that is going to be start next month! BRING THE MAYHEM!" 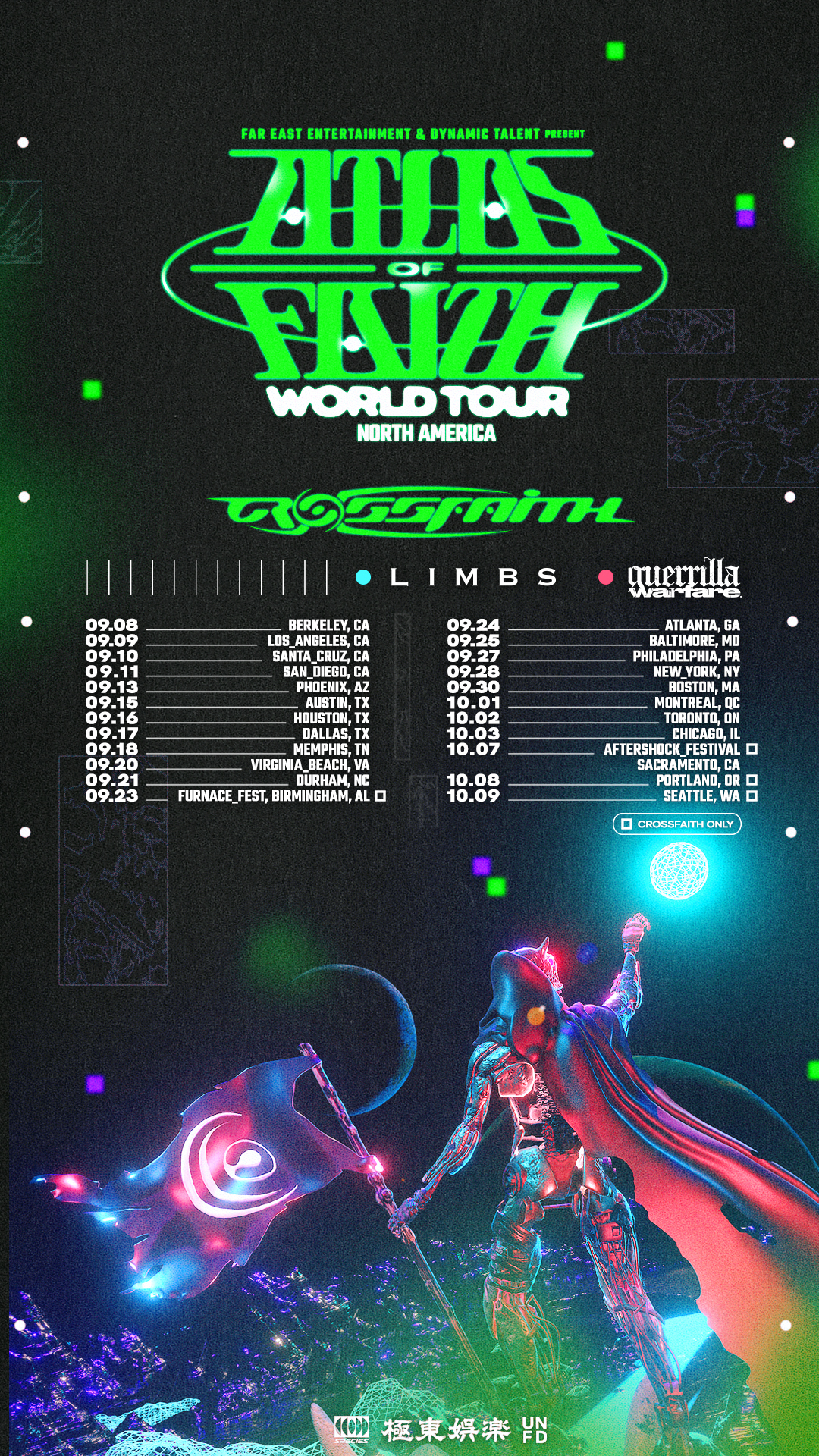 One Step Closer will replace Crossfaith at Furnace Fest
Limbs, Greyhaven, The Callous Daoboys tour announced
Crossfaith share new track and music video 'Gimme Danger'
Being As An Ocean to headline tour with Capstan, Thousand Below, Limbs
Stick To Your Guns added to Motionless In White, Beartooth tour