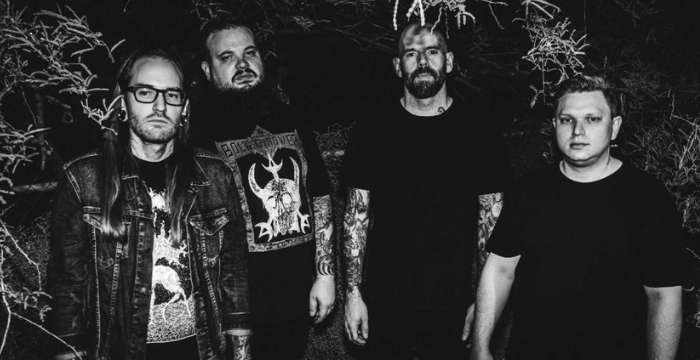 Tucson, Arizona-based deathgrind group Languish recently shared a new video for their latest single, "Comply Or Die." The track comes off the band's new full-length record, Feeding The Flames Of Annihilation, set for release on October 7 via Prosthetic Records.

Languish is a band that has relied on speed to deliver their message in the most caustic and devastating way possible, but conversely, they've taken their time to reach the point they're now at, on the precipice of releasing their third studio album, Feeding The Flames Of Annihilation. World events forced a creative go-slow which granted them time to "hyperfocus" on crafting a sonically pernicious eleven-track ode to human beings accelerating their own demise.

"The police have terrorized the American people with little to no consequence. This song is a reflection of our frustration and anger towards the officers and institution that has waged war against its people for far too long."