Venom Inc. present 'Come To Me' from upcoming release 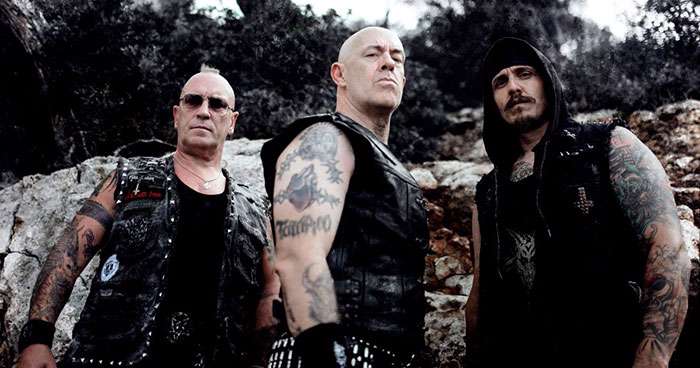 Extreme metal masters Venom Inc. have shared "Come To Me", the 3rd single from their upcoming album There's Only Black, to be released on September 23 via Nuclear Blast Records. The new single comes with a lyric video, full of occult imagery, which you can watch below.

Almost 40 years after their inception, the revitalized 1989 - 1992 Venom line-up of guitarist Jeff "Mantas" Dunn and vocalist/bassist Tony "Demolition Man" Dolan, and the new addition of drummer Jeramie 'Warmachine' Kling have returned with a follow-up to their debut, Avé, and show no signs of slowing down.