The band has a story to tell and bring us along for the ride.

Immersed in a world in which a disorienting clock ticks out of time and red clouds swirl forebodingly amidst a lingering sense of death and destruction, The Gloom In The Corner paint a picture for listeners: the Rabbit Hole is not the menacing Hell you think you know from myth and legend. Rather… it's much worse.

Out today via SharpTone Records, cinema-core innovators Mikey Arthur (vocals), Matt Stevens (guitar), Paul Musolino (bass), and Nic Haberle (drums), reveal their theatrical new single "From Heaven To Hell," and with it, a window into the treacherous landscape (and characters) that dominate the band's current narrative arc.

As the opening track and second single off their sophomore album, Trinity (out Oct 28), The Gloom In The Corner's latest offering sets the scene for the record as a whole, re-introducing primary characters Rachel Barker, Ethan Hardy, and Clara Carne, as well as hinting at the bloody battles that lie ahead for the unholy trio.

Providing additional insight into the chilling dimension and those who inhabit it, frontman Mikey Arthur reveals:

"'From Heaven To Hell' drops you into the world of The Rabbit Hole and introduces you to our main cast. It explores how they died in our previous story's arc, what they've been up to since their deaths, and where they are now. Guiding the characters and you through the track is the ominous Narrator, cloaked in a black robe."

"There are various depictions of Hell, generally focussed around fire and brimstone, pure evil, and sonically brooding or crushingly heavy. Our version of Hell runs differently; it's chaotic, it's operatic, and it's different for every character. Time is inconsistent, non-linear, shifting backwards and forwards without warning. Welcome to the Rabbit Hole."

Coupled with a captivating live-action cast, fans can meet the Girl of Glass, Ronin, and Queen of Misanthropy, by watching the music video below.

'From Heaven To Hell' Lore:

Our story opens on the Narrator painting a picture for the listener of the demonic landscape our three "heroes" are cast to. The sound of a clock ticking and winding insinuates that time doesn't work as it should in The Rabbit Hole; terrible circumstances from The Mortal Realm are stuck in a loop, and time has a tendency to skip and jump back and forth in places where maybe it shouldn't, discombobulating newcomers to the dimension. Both monsters and lost souls fill the world of hunt or be hunted, and a black sun that fills the sky with red clouds never descends, a perpetual reality somewhere between day and night.

As the sky opens up for our heroes to descend to the realm, falling through the clouds, one of them, an angel, sings a byword from the previous arc in our story. 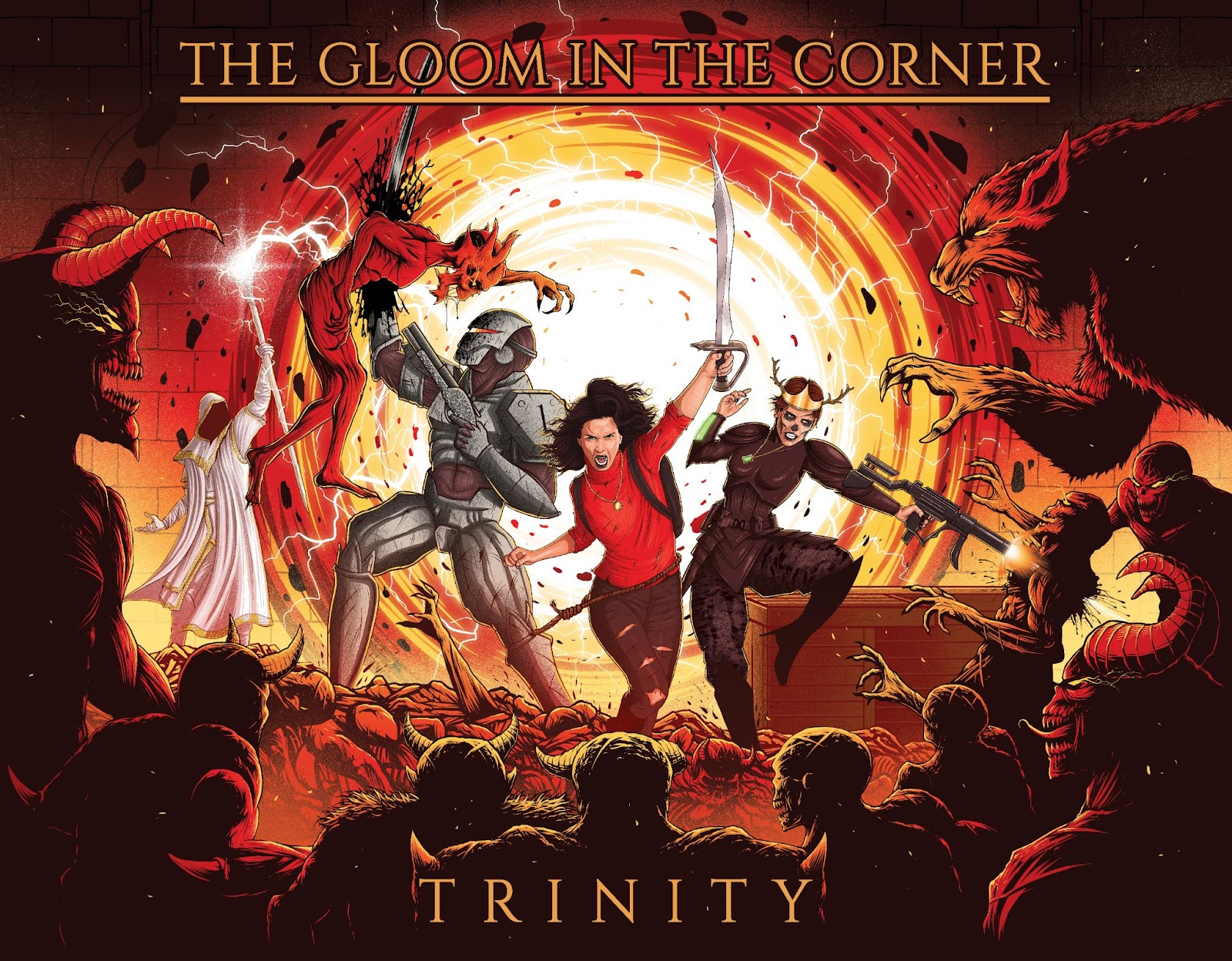 Tags: The Gloom In The CornerSharpTone Records