Eaten By Sharks release trio of videos leading to 'Eradication' 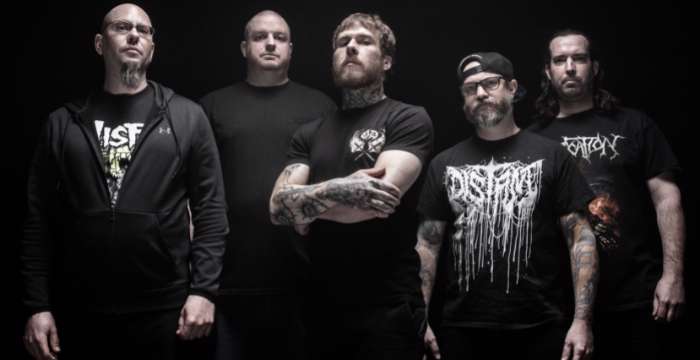 Thalassophobia - the persistent and intense fear of deep bodies of water such as the ocean. The feeling of something underneath you, that you can't see. The exact feeling that Eaten By Sharks channel in their new album Eradication and especially so in the latest single "Depth Charge".

Through the single, the listener is thrust into a first-person view of the horrors of a shark attack. Being dragged down into what could be the mouth of hell. Escape is not possible. All hope fades as the light from the surface disappears leaving you with nothing but a broken shell of a body, until even that gets devoured.

"'Depth Charge' eases you into the water with a groovy riff, led by the rhythm section, however, when the vocals kick in, it's well worth the wait! The instrumental background is filled with whammy tricks and sweep picks, held together with some two-step and slick double-kicking beats. Matt has a very razor-toothed approach to the vocals, switching up styles and phrasing. Again, all the good stuff is saved up till the end, he lays down a sick death rap, channeling a serial killer type of cadence when sawing apart mountains of dead bodies. We had to pay the lyric video guys twice as much because they dislocated their fingers typing out the savagery."

This is the third of three singles being released ahead of the album and together they form a very complete picture of what listeners can expect in this first-person horror experience. Along with their brand of technical death metal, Eaten By Sharks channel their love for horror movies into their nautical themes.

They also cite a strong appreciation for sharks and their amazing nature, adaptability, and maintenance of natural equilibrium. Nature isn't always nice and they like to celebrate the wickedness.

Eradication will be available on August 26, 2022 and you can pre-order or pre-save the album. 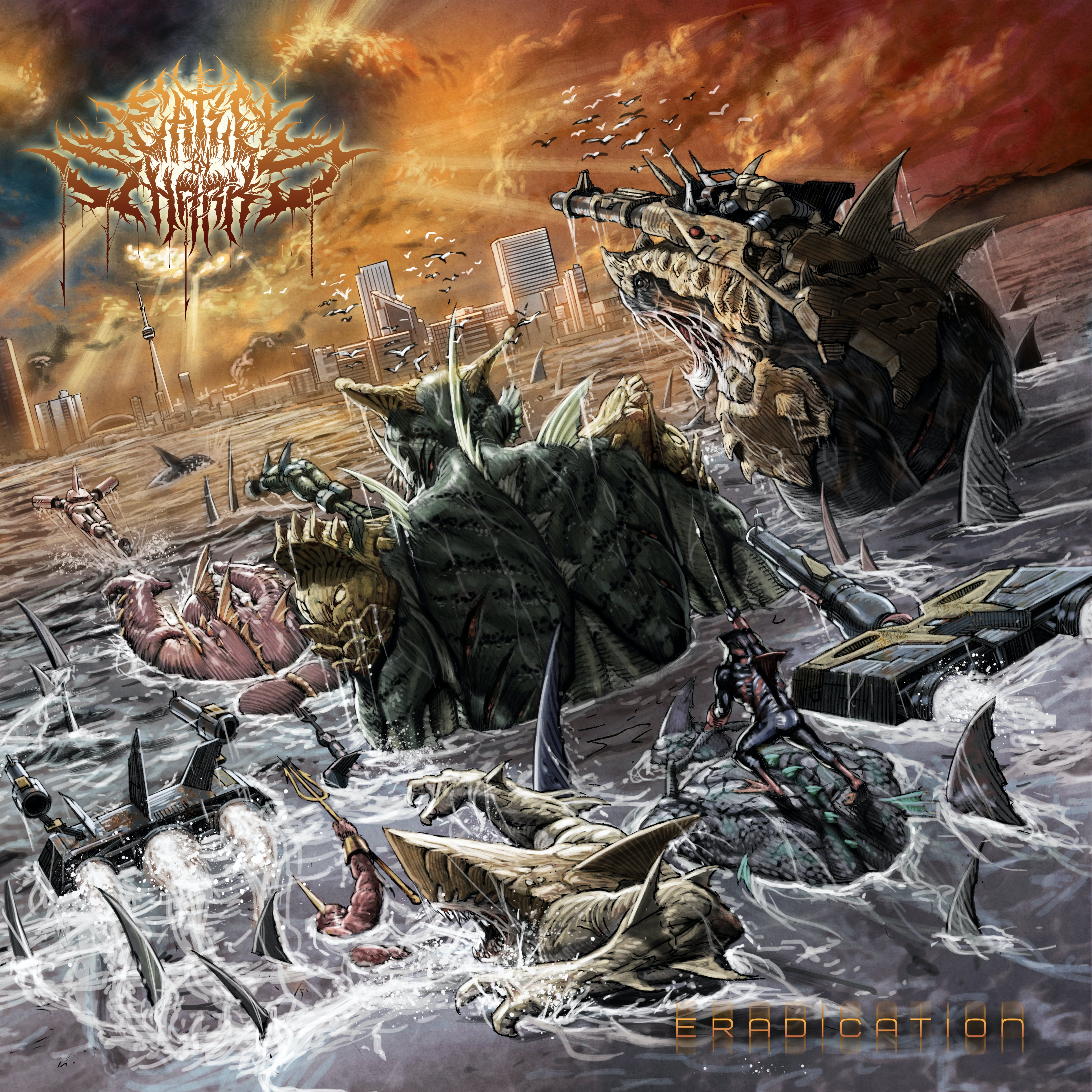