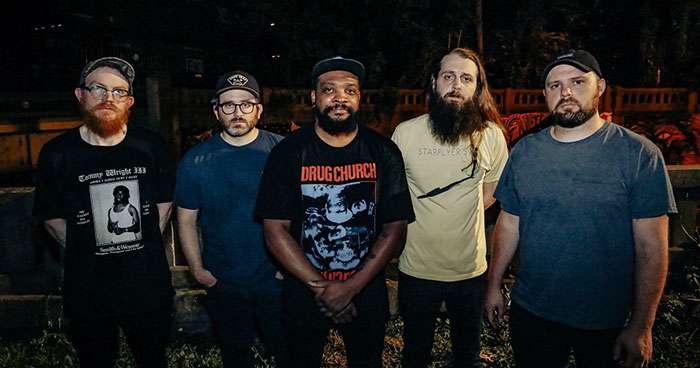 Drummer Shane Clinton had the following to say about the track:

We're most often described as some combination of shoegaze and post-hardcore, and that's fair, for sure, especially these new songs which swing more toward post-hardcore. I'd say the older shit was much more shoegaze-influenced.

The opening track on the new record, 'Oblivion,' is probably the only real-deal shoegazey song on there. We asked our friends Stan Liszewski [Terminal Nation] and Brett Campbell [Pallbearer] to hop on that song just because it already seemed so different from the rest of that batch that it seemed appropriate to mix it up vocally too.

Our influences are pretty varied. The dudes playing guitar are big into the classic shoegaze bands so there's My Bloody Valentine, Ride, Catherine Wheel, Slowdive, etc. But beyond that, I'd say they're taking some cues from stuff like Bear vs. Shark, Fugazi, hell, even shit like The National. Wolfe's into post-hardcore and metal, while Shawn and I are just hardcore kids that happen to listen to everything else too.