The Relationship Between the Hammer and the Nail is out today 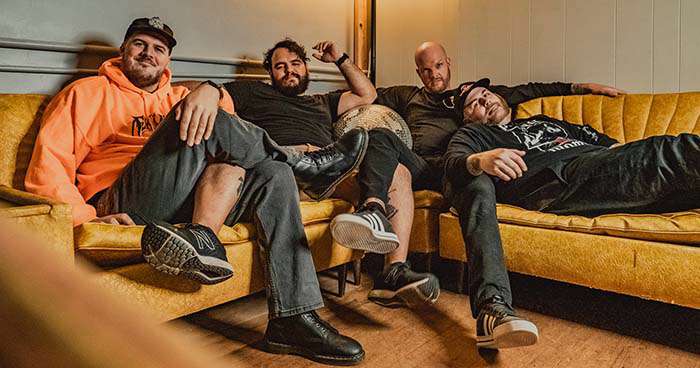 Ether Coven has released their new album The Relationship Between the Hammer and the Nail out today on Good Fight Music. Dark, bleak and pissed, the seven songs on the record stagger in sound between doom metal, sludge, and post-hardcore. The album was written amidst vocalist Peter Kowlasky's on-going battle with colon cancer and is filled with an overwhelming vulnerability centered around despair, loved ones, and the state of the world. This is strewn throughout the album's closer "Consequences of Self (Let the Nails Carve Our Names in Rust)" which features guest vocals from Howard Jones (Light the Torch / Blood Has Been Shed / ex- Killswitch Engage), as well as Andy Nelson (Weekend Nachos) and Anthony Crupi (Pain Ritual), and the band shares a video for it today.

Kowlasky expands on the track:

This turned out to be one of my favorite moments of the record. We had a good starting point and when we were in the studio it really got dialed in with extra guitar melodies and vocal harmonies.. As unlikely as it may seem, The Weeknd was a huge inspiration for the vocal harmonies, which Andy at Bricktop helped hone in. This song is about the consequences of our actions and what we do with our intentions; whether we are trying to build or destroy, living the repercussions of our choices, what we do to move forward, and how foolish to believe we are above consequence. Howard Jones helped us on some lines on this one. Blood Has Been Shed has been a keystone of my musical pallet and influence since the first time I heard them and his voice has always been so fucking big.