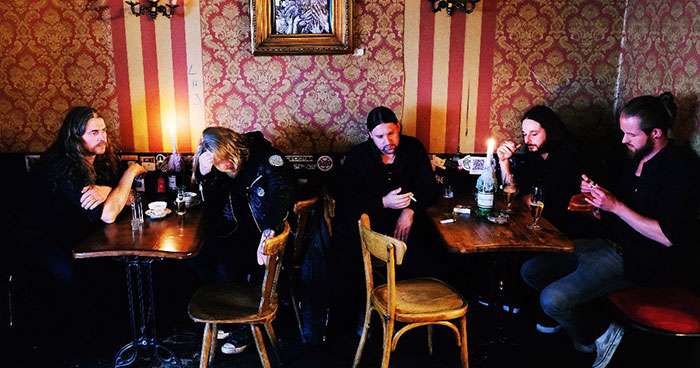 Crone is now revealing a lyric visualizer for their new single 'Abyss Road' taken from the German dark rockers' forthcoming album Gotta Light?, which has been slated for release on September 23 through Prosthetic records.

Crone had the following comments:

The new single, 'Abyss Road', is our hymn to shattered dreams and never achieved goals in life", lead guitarist Kevin Olasz explains. "In one way or the other, we can probably all identify with this topic. Some listeners might be surprised about the song's musical direction as it has an almost punk-ish vibe that is quite a change from our well established mid-tempo dark rock style. 'Abyss Road' was the first song, that we wrote for this album. It is also one of the few that we were able to arrange together as a band in our rehearsal room before a weird virus brought the world to a standstill – and with it a part of our plans. Anyway, are you ready to follow us down this road?