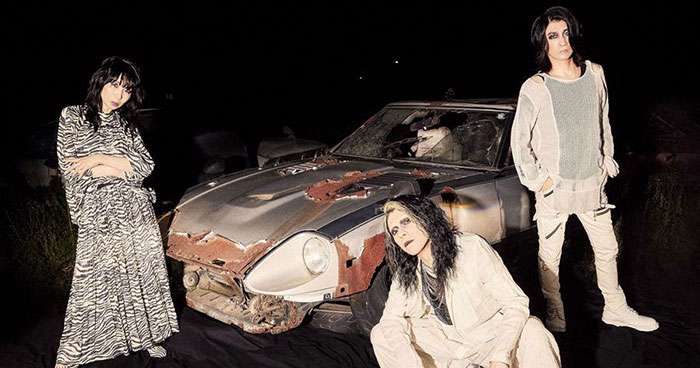 The legendary Boris celebrates a 30-year career as one of experimental music's most forward-thinking, heavy, and innovative bands with the new album Heavy Rocks (2022).

Today, Boris share the third single and video for "My name is blank" from Heavy Rocks (2022).

Heavy Rocks 2022 will see a release through Relapse Records on August 12th.

Additionally, Boris begin their Summer US tour dates with Philadelphia's Nothing later this month. The tour kicks off after Boris and Nothing's performances at Psycho Las Vegas, and runs through late August and September. Includes a festival performance at Post Festival in Indianapolis.

Wtf is this shit

Wtf is this shit ^ sorry not every song can have autotuned american idol chorus parts like as i lay dying.

Not bad but Longineu "LP" Parsons should be on drums

as i lay dying mops the floor with this zzz put you to sleep music. not metal. not hardcore.

venues had this tour listed for a while...but i will be there. boris are one of the best live bands, f*ck the haters.

this is metal as f*ck you guys are retarded

Saw this band in Tokyo while drunk out of my mind and it was still boring as f*ck. My Bloody Valentine cover goes tho.

Listened to some of the song in the article, absolutely terrible. I'd rather listen to Despacito on repeat for 24 hours straight than be subjected to this horseshit.

Wtf is this shit

Alex Jones' cell phone is everything Republicans dreamed Hunter Biden's laptop would be.

Nearly all cases of monkeypox are men and over 95% of those cases are gay men. Guess everyone on this site is screwed.

great photo!! what is that, an old nissan?!

Imagine wanting to have sex with another man LOL

Cool the same lame ass album name 3 times now, ugh annoying f*ck off. Flood is your only decent record, and its not available anywhere. Irritating band

Agreed, very irritating. Band embodies the idea that quantity over quality works for music: 7 full-lengths since 2019! Look forward to the days when they stop vomiting out material.

nothing is an insult to music

the split they did with Sunn lol

Boris the Blade. You mean Boris the sneaky f*cking Russian