Not all is lost, the band alludes that new music is on the way 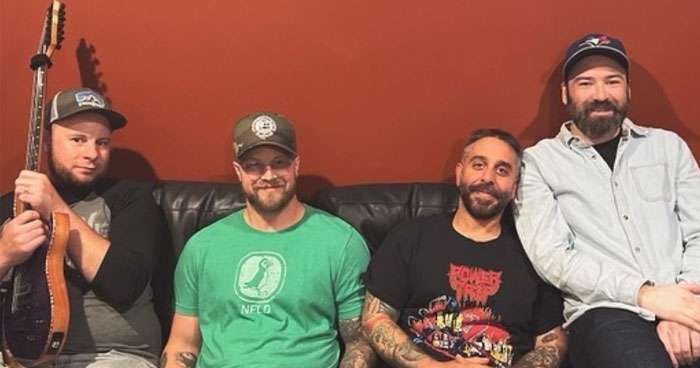 Late this morning, Protest The Hero announced the departure of long-time drummer, Mike Ieradi. Ieradi joined the band in 2013 and was featured on the band's 2016 release of Pacific Myth and 2020's Palimpsest, he leaves the band with no ill will. His final show with the band will be in Edmonton, AB on 9/11 with Misery Signals.

The band took to social media earlier today to announce the departure but to also ease the fears of their fans that they do plan to continue touring and making new music, which they will later elaborate on, though there is no word of a replacement for Ieradi just yet.

It's with many emotions that we announce the departure of long time band mate and pal Mike Ieradi. Mike joined PTH in late 2013 as we were beginning to tour Volition. In addition to being a ripper on the kickers, Mike was a heavy-lifting writer on Pacific Myth and Palimpsest and you'll even hear his influence on what we release next. We wish him all the best as he pursues greener pastures.
Though we've yet to determine who will be filling his silly little drum shoes, PTH is planning to continue performing live and making new music in the not so distant future. More on that later.
Here's some words from Mike himself
"With nothing but love , I will be stepping away from Protest The Hero. Our show in Edmonton next month will be my last.
It's been just under a decade of the best times, the best pals, the most laughs, and incredible experiences.
From the bottom my my heart, thank you to every single person who has made this chapter of my life unforgettable.
✌️"

These clowns are still around?

Remember when this band had some momentum? Like 12 years ago?

That couch photo is the most cuck sissy band photo in all existence.

oh no!, hopefully they can do a kickstarter/gofundme for $250,000 to find a replacement

This band is truly awful.

If a mediocre drummer in an irrelevant band stops drumming in a forest, does anyone care? Trick question.... No one cared to begin with

"Not all is lost" - no shit, the headline literally says they parted ways with only the drummer.

rick_tocchet 6 hours ago These clowns are still around? ^this. Haven't heard anyone mention this band since 2008

Verb the Noun bands everywhere are not stoked.

This band hasn't been good since 2008 get over yourselves and quit now!!!!

i truly believe rick tocchet is the joe rogan of the punk world, the massive and unwieldy influence he has across our community. jello biafra is johns elon musk and i cant wait to listen to 2 hours of these mental giants just riffing in an open conversation that will open our minds and with any luck reach far beyond punks and lay the groundwork for true change in this godforsaken world

Is it just me or is the format of this website getting more and more wonky so they can fill it with more ads? There was like 4 banner ads in this post. I get trying to get more money but shesh, this is starting to turn into metalsucks or yahoonews.