"I hope one day to play again but for now, I’m putting my family more than first in my life." 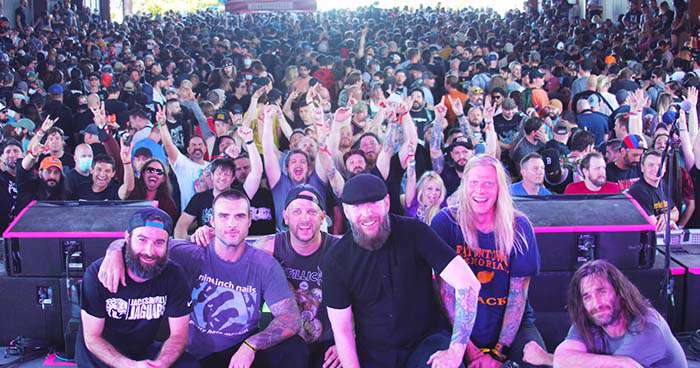 As we previously reported, drummer Brad Moxey was not seen with the band on their current tour, and when questioned the band simply said that their drummer had "quit music."

We reached out to Moxey for a statement or to corroborate the band's claim and here it is:

Music has always been more than just a passion for me. It's totally consumed me in every way. My 6-year-old son and I moved back to Florida In June. I had every intention of writing/rehearsing with Evergreen Terrace now that I was much closer. I was so stoked for all the amazing shows/tours we had coming up. It became apparent very quickly after the move that my son needed me around every single day. I'm so eternally grateful for all the bands I've been honored to be a part of and for the amazing people I've met touring. I hope one day to play again but for now, I'm putting my family more than first in my life. Thank you, Brad Moxey

As for now Yellowcard drummer Longineu "LP" Parsons is filling in for Moxey on Evergreen Terrace's European tour.