Gulch play final show, gets power turned off during set

Cops show up and everything 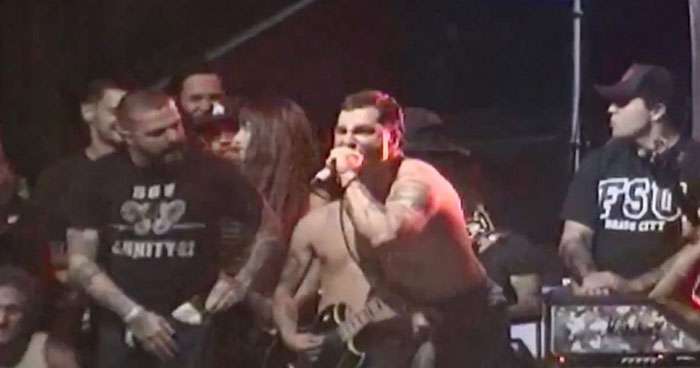 The 2022 Sound And Fury festival took place in Los Angeles, CA this past weekend. One of the main draws was the preplanned final show of Gulch. Last year it was brought to everyone's attention that the band had a plan to break up at some point after releasing their 2020 album, Impenetrable Cerebral Fortress.

The band would continue playing shows and even released a split with fellow San Jose neighbors Sunami. However, this past weekend was the end of the line and the local police could care less if it was the band's final performance or not. The no-fun patrol abruptly cut the power while Gulch was still performing their final song.

The entire set was recorded by StayThicc (YouTube Channel) and in it, you can see their set, up until they get the power cut.