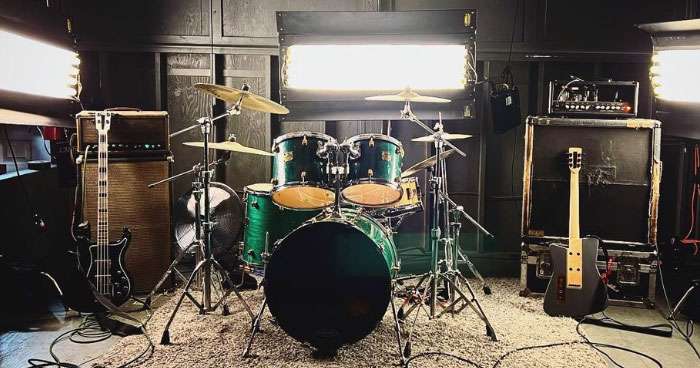 We didn't want to jump to conclusions too early, but something seems to be stirring in the Botch camp. We aren't completely sure, but here is what we do know:

Yesterday evening, bassist Brian Cook posted a photo of what looked like a band set up in a small area with a lighting rig.

As the caption of the photo says, it would seem that Cook did indeed get together with some 'friends from high school'. After some further digging, a Lambgoat staff member noticed one of the guitars that Dave Knudson uses on his Instagram videos is also in the shot, which is very telling in general.

Last year the band signed with Sargent House to secure online distribution following the dissolution of their former label, Hydra Head Records. While the band was excited to have sured up the discography for streaming and noted that some exciting things were in store for 2022, Cook denied rumors of a reunion (which he continues to do in the comments of the above post).

But, contributing to the speculations, Sargent House tweeted the following cryptic message this afternoon:

So, who knows? Will there be a 20-year reunion of one of the greatest metalcore bands? We will keep our fingers crossed, but we won't hold our breath. Whatever it may be, it will be cool.