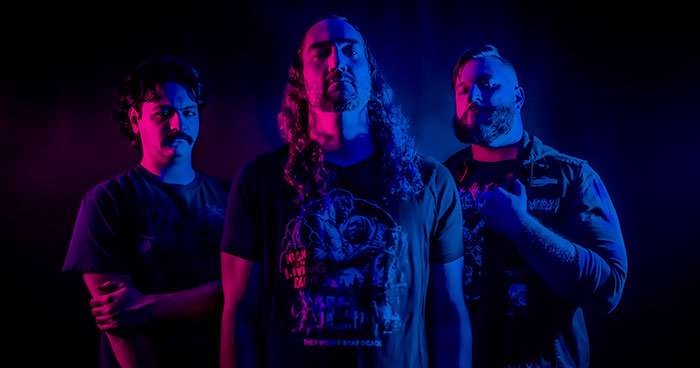 US Death Metal band Gutsaw releases official video for "Necrojuana", taken from the album All Lives Splatter, out September 30th, 2022.

"We [Gutsaw] are proud to release Necrojuana and it's accompanying video, which perfectly showcases our raw talent along with who we are as a band—no frills, pure technical and brutal grind. This is our second single and music video off of our upcoming new ep called 'All Lives Splatter' due out on September 30th."

Hailing from Corona, California, Gutsaw is a 3-piece death metal band that was formed in 2003 and forged in the era of Showcase Theatre and Chain Reaction. Gutsaw honed its skills and defined their sound by playing with some of the most brutal gore bands of the early and mid 2000s. By the release of their third EP, Gutsaw has been playing some of the heaviest, most brutal, music for nearly two decades.