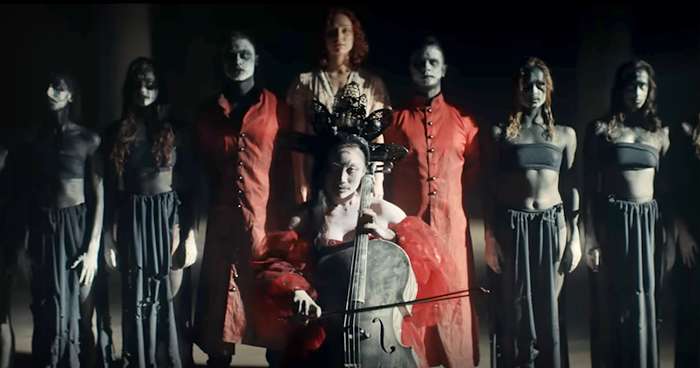 Former Chelsea Grin and Born of Osiris guitarist Jason Richardson and popular YouTube drummer Luke Holland have been on a tear the last few months promoting their second album, II, with two videos already released for "Ishimura" and "p00mbachu."

The two show no signs of stopping now with their new video for "Sparrow" featuring cellist Tina Guo.

The video opens with Holland and Guo delivering a haunting, powerhouse of a groove that quickly sets the tone. Joined a few seconds later by Richardson's technical, harmonic-laden riffs, the three embark on a tech-metal journey, bringing us along for the ride.

The video, released Friday on Richardson's YouTube channel, was directed and edited by Brian Raess, choreographed by Alex Yonkovich with aesthetic direction from MM Fabrications and is undoubtedly worth the watch below: