"Are you willing to die for pleasure? Are you?" 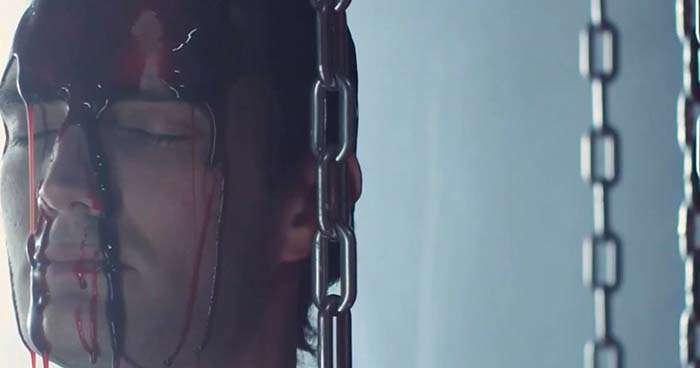 Florida thrash metal/crossover quartet Rhythm Of Fear just released a new video for the first single, "Tears of Ecstacy", off their upcoming album Fatal Horizons which marks the first full-length release for the group since 2016. The video is directed by Cameron Nunez (Creeping Death, Papa Roach).

For the video, the band took inspiration from the Hellraiser movie franchise. The band had this to say about the video:

"When writing the music for 'Tears of Ecstasy,' we felt we had a song that took us in a new direction, we were careful not to force anything but allowed ourselves to naturally flow into the overall vibe. When we felt the structure was ready for lyrics, we took inspiration from Hellraiser. We summoned the spirit of the Hell Priest himself while channeling our inner Cenobites and put together some words of violence, aggression, and seduction. It's a little homage to a favorite film of ours while asking the age-old question: 'are you willing to die for pleasure?' Are you?"

Fatal Horizons is set for release on October 14th through MNRK Heavy. You can pre-order the album here.