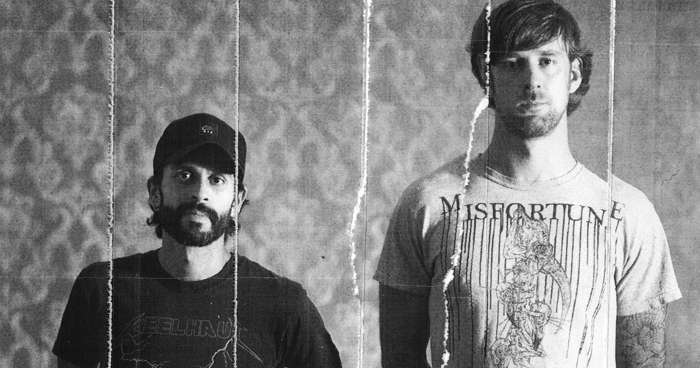 Hailing from Ontario, Canada grindcore act Greber admits their latest single "Into Silence" is so difficult that it's beyond their ability to play live. The duo - Steve Vargas (The Great Sabatini, BIIPIIGWAN) and Marc Bourgon (Fuck The Facts) - say about the track:

"This song is well above either of our abilities playing-wise so I'm sure we'll never rock it live, thank Christ. Just a blasting of riffs and drums and pain. Nice. As far as a lyrical theme goes it's just a portrait scaling the finer points of dissociation. Steve is just full-on, triple E, BEEEAST mode on this number."

The song can be heard over at MetalInjection.

The band's album Fright Without is slated for release on September 9, 2022 from labels Ancient Temple and Nofuneral on CD, vinyl, and cassette in Canada. In the U.S. it will release on vinyl through Hibernation Release. In Europe, the album will see a vinyl release on 7 Degrees and Fresh Outbreak.