'The Divine Ascension Tour' will take place in September and October. 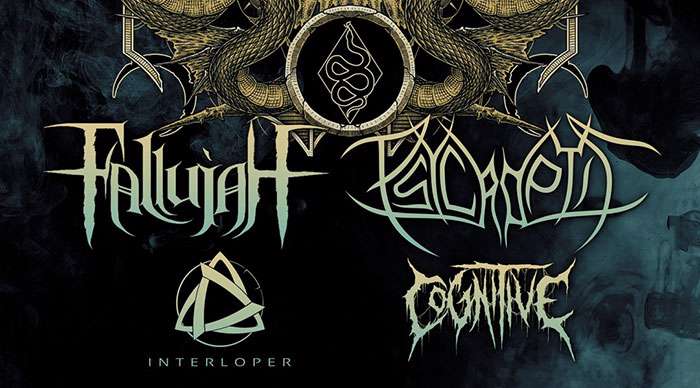 Tech metal unit Fallujah will team up with Australian extreme metallers Psycroptic for a co-headlining tour of North America this fall. Direct support on "The Divine Ascension Tour" will be provided by Interloper and Cognitive, with the full schedule listed below.

Psycroptic bassist Todd Stern comments: "We have been caged up for far too long, and I believe this upcoming tour with Fallujah and friends will be a full-on revitalization of the band. We have new material, we believe in it strongly, and are going into this tour planning to be ferocious. I promise that this will be the most aggressive version of the band you've seen in ages."

Fallujah's Scott Carstairs adds: "This fall, Fallujah will return to unleash an atmospheric onslaught upon the masses. To say that we are excited to co-headline with Psycroptic would be an understatement. We have never been more ready to tear up North America...Not only to bring you one of the most extreme tech death line-ups of the year, but also to perform for you NEW music from our record, 'Empyrean'!! Let's rage!"