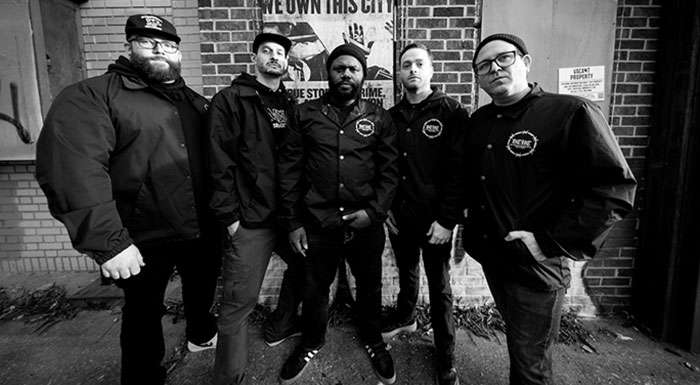 Baltimore, Maryland hardcore band End It have issued a new single and video called "New Wage Slavery," featuring guest vocals courtesy of Justice Tripp (Angel Du$t, Trapped Under Ice). The song is taken from the group's forthcoming EP, Unpleasant Living, and its video is available below.

Guitarist Ray Lee comments: "The growing struggle between the ruling class and common people / citizens that becomes more apparent every day as we get fucked by those in power in this country and in the world in general. Fuck them all, steal their shit."