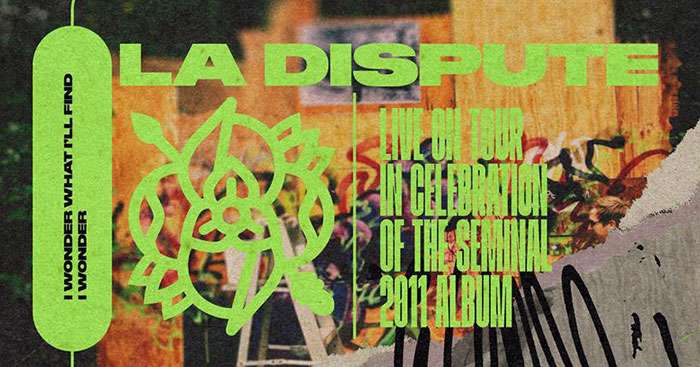 Post-hardcore band La Dispute have announced a delayed ten-year anniversary North American tour in celebration of their 2011 record, Wildlife. Direct support will be provided by Sweet Pill and Pictoria Vark, with dates listed below.

Vocalist Jordan Dryer states: "I didn't spend much time looking ahead in the first five or so years of this band, and didn't anticipate spending much time looking back either, even as one ten year anniversary came and another one approached. But then the whole world shut down, and in its newly suspended animation we took the longest break we ever have from playing live, writing music together, even being in the same town. All we had was time to reflect on the past—on what makes this important to us. For the first time it made us look forward, to being back together in the same room, on the same stage, to the next night on tour, to celebrating milestones with the people who got us to them: each other, our extended family of friends, and you. Cheers to you for 10+ years of 'Wildlife', and for everything else."