Rhythm Of Fear sign with MNRK Heavy for new album 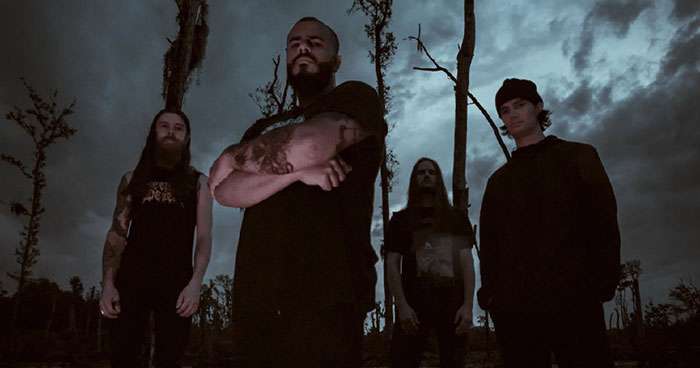 Crossover thrash outfit Rhythm Of Fear has joined the MNRK Heavy roster for the release of their impending studio album.

Rhythm Of Fear worships at the altar of thrash metal and crossover. Summoned from the sadistic swamps of Jacksonville, in the heavy metal-rich soil of the state of Florida, the masters of gargantuan groove conjure a reverence for the form unrivaled by their peers. Committed to unrelenting riffage, Rhythm Of Fear gleefully reinvigorates the timeless collision of speed, musicianship, and attitude.

Comments vocalist Jay Santiago on their union with MNRK Heavy, "We are beyond excited to officially be part of the MNRK Heavy family. We've been fans of the label and its killer roster for a long time, since the eOne days and everyone there has welcomed us with excitement and enthusiasm. The crew at MNRK has really made us feel like we're part of a winning team and we know they believe in Rhythm Of Fear as much as we do.

"We can't wait to drop this album and get out on the road to rip these new songs live," he continues, "We have a whole lot of riffs that we are stoked to share with the world and feel confident that these songs will transcend and destroy any expectations that have been set. This will be the year of the fear!"

The band's degree of excellence owes much to the more widely recognized genre forebearers. But perhaps just as crucially, Jay Santiago (vocals), Cody James (guitar), Logan Miano (drums), and Justin Styron (bass) devour a wide range of diverse and obscure metal bands to craft their own brew. Chief among those influences is a crucial group of bands active from the late '80s to the early '90s, whom Rhythm Of Fear lovingly refers to as "the trinity:" Chicago's Cyclone Temple (and the ashes of the band Znöwhite), Seattle powerhouse Forced Entry, and Slammer, from the UK.

The group's potent blend of savagery and celebration earned them multiple dedicated converts on the road, touring with subculture icons like Agnostic Front, Leeway, Merauder, and Madball, newer bands, including Code Orange, and opening Florida shows for Cannibal Corpse, Queensryche, Sacred Reich, Kreator, and much more. Rather than simply rehash the past however, Rhythm Of Fear absorbs and examines metal history's greatest strengths, reassembling the parts into a fresh Frankenstein forged by the band's unique identity and experience.