Beth Herbert: 'I absolutely did not kill my husband' 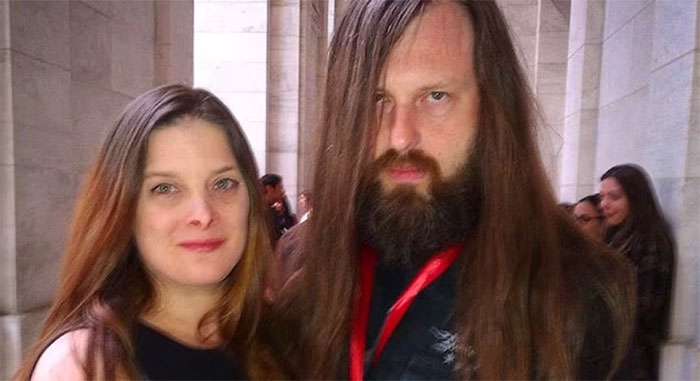 It's been nearly four years since All That Remains guitarist and co-founder Oli Herbert was found dead in a pond on his Connecticut property. Sadly, the cause of his death remains unknown.

One focal point of the ensuing police investigation was Herbert's widow, Beth, and she's now conducted her first interview since his passing. Not surprisingly, Beth continues to assert her innocence, and even points to a "mystery woman called Penelope" as the possible culprit.

Speaking extensively to the Daily Mail, and purportedly against the advice of her own lawyer, Beth goes into great detail regarding her relationship with Oli, their financial troubles, his final night, and the suspicious timing of a life insurance policy signed just one week before his death.

Most notably, Beth spoke of an incident involving a woman named Penelope, who allegedly pushed Oli into the same pond in which died, just months before his death. Beth told the Daily Mail that Penelope showed up at their property late one night, seemingly "out of nowhere," as Beth was outside looking for one of her three dogs.

"Penelope was weaving in and out of the bushes," Beth said. "She told us her name. Oli said he did not know her. I was like, 'who the hell is that?' She told me, 'I'm Penelope, and I heard you guys calling for your dog and came to help.' So the three of us were supposed to look for the dog, but she was watching, not helping. She stared at us. I heard movement, thought it was the dog. Then all of a sudden Penelope pushes him over the ledge [into the pond]. Then she ran off."

"[Oli was] wicked messed up when this happened," Beth added. "[Police] thought maybe she had something to do with his death, but they can't find her." Curiously, Penelope was never seen again.

Naturally, Beth remains adamant that despite all of the suspicion cast in her direction, she had no part whatsoever in her husband's death. "I absolutely did not kill my husband," she told the Daily Mail.

Though she apparently intends to move, Beth currently resides in the same home she and Oli shared. She used the proceeds from his life insurance policy to make various repairs, including their broken hot water heater. Beth also bought herself a new Jaguar XE.

Currently in control of Oli's estate, she is entitled to "any current or future earnings," including any revenue derived from his time in All That Remains.

You can read the entire piece here.