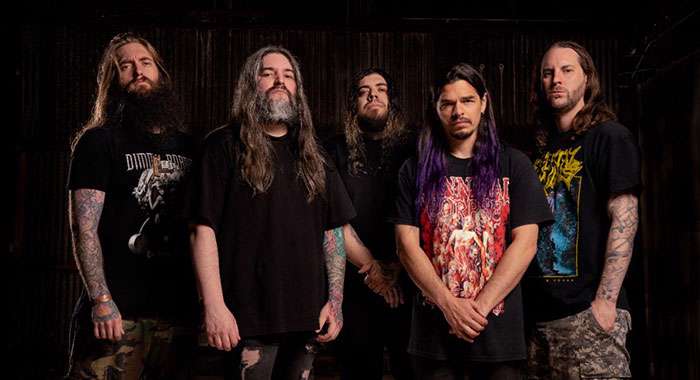 Suicide Silence have released a new song titled "Thinking In Tongues," the group's final studio output to feature departing drummer Alex Lopez. You can have a listen to the track and watch its video below.

"This song derives from the chaotic feeling of losing one's mind," says the band. "Feeling like you're choking on every breath you take until you eventually break. Debilitating confusion sets in and your mind begins 'Thinking in Tongues'; essentially processing thoughts that not even you yourself can understand. In a sense, this song evokes the ultimate sense of helplessness."