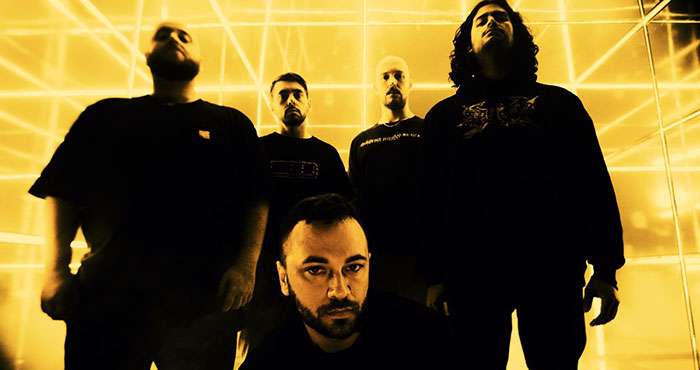 Savannah, Georgia five-piece Vatican have announced their new album Ultra, out June 17 via UNFD. Today, the band has shared the video for "Reverence." Watch it here:

The fast-action video boasts a cinematic and apocalyptic vibe, as it features tight shots, hand-to-hand combat, and swordsmanship mixed with performance footage.

"To me, this song has just about the whole package," says singer Mike Sugars. "Just a little bit of everything I like to hear in metalcore. I remember recording the chorus, and our producer Randy Lebouf saying, 'I don't understand how you thought to sing over this, but it's just so perfect.' The song is about people with irresponsible amounts of wealth and the damage they cause to the vast majority of regular people. We don't need 'em."

After developing a name for themselves and garnering press praise  with 2019's full-length Sole Impulse, Vatican stormed out of the gates hard in 2021, when they signed to UNFD and released their knockout double-single effort Become A New God. Featuring singles "Absolute Reality" and "Fractured God," both of which received full rotation adds on SiriusXM’s Liquid Metal, Become A New God saw Vatican tackling the complexity of the human experience and all its brokenness, uncertainties, strangeness, and need for constant self-reflection and improvement." They followed with "Decemeta," which dropped late last year.