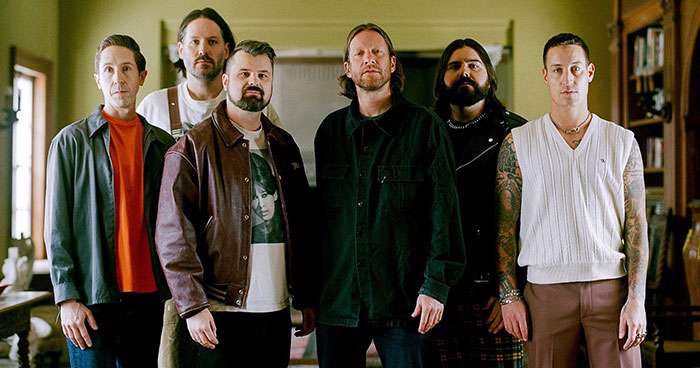 Silverstein and Neufeld joined forces for a fierce and arresting live performance of "Die Alone" in the official music video, directed by Wyatt Clough. Watch via YouTube now.

Vocalist Shane Told: "Our roots are in fast hardcore and punk, it's a style we have touched on over the years, but with the frustration and anger I felt at the time, I wanted to take this one all the way. I knew the song could benefit from a second voice, and thought of Andrew immediately. His signature snarl and delivery put this thing over the top.

"Lyrically, 'Die Alone' discusses the power imbalance that often happens in one-sided friendships – where a toxic person controls another. It's a classic theme, but one we have seen a lot more over the past few years with misinformation leading to tremendous pressure from people to act a certain way, or vote a certain way, or become a puppet for a negative cause."