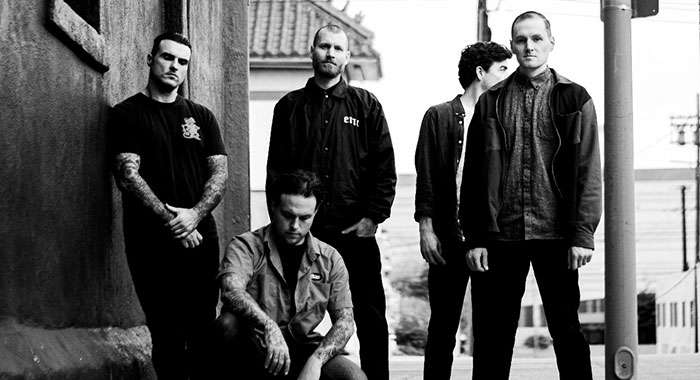 Orange County, California hardcore band Stick to Your Guns have announced plans to release a new album this summer, their first since 2017's True View.

The new outing has been titled Spectre and will be released on July 29 through Pure Noise Records. Lead single "Weapon" and its official video can be found here:

"'Weapon' is about coming to terms with the reality of who I am," shares singer Jesse Barnett about song. "I believe that people are products of the circumstances that are forced on them everyday. People say that 'The American Dream' is a lie. I don't think that's true at all. I think 'The American Dream' is alive and well, but like always, it's only available to a select few. Who I am in this formula is someone who doesn't accept that. I don't care about fair. I don't care about equal. I care about what's right, and since the inception of this country, the things it stands for and the things it's built upon, I believe it is irredeemable and it is my purpose to try to build something new in its place. But before we can do that, what is currently there must be dismantled.

"A country of sycophants lead by violence addicted oligarchs should and will be destroyed," adds Barnett. "Every person reaches a crossroads in their life. Roll over or keep going. Sometimes all you have is heart. I know it's all I have and that's all I need."