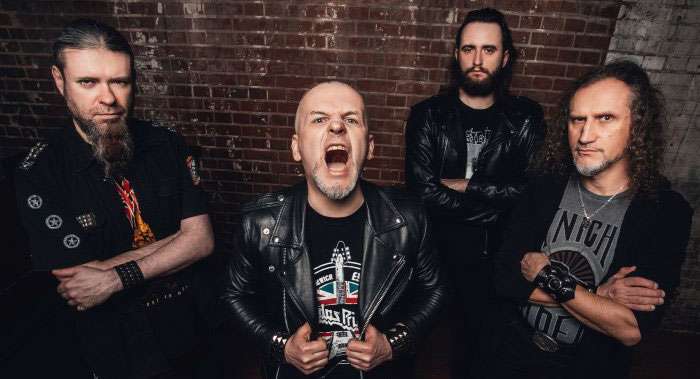 The group has issued the following statement:

"As many of You already noticed, there is a new drummer in Vader since the beginning of 2022. Michał Andrzejczyk joined Vader on tour in Poland in February ('Awakening of Tyrants Tour 2022') and you could watch His debut in Wrocław at the club 'A2'. Michał (vel. Michael) started to work with James Stewart with Vader songs already in 2021 then we rehearsed few times together with whole band in our brand new 'practice room' later on. James decided to leave Vader during our tour in US in 2020, however He was playing and working with us as long as necessary until the new drummer was ready to replace. Peter did not want to make it official until 'ou could experience in own eyes and ears his high level and spirit of this very young but already very powerful drummer. And this is just the beginning.

"James Stewart took a decision and we respect it. He spent over ten years (!) with Vader recording many great albums and playing hundreds of crazy shows world wide. That was the most stable line up in band's history. James will definitely explain all in His own words soon. We wish him best luck in his bands and projects and THX for all those crazy years spent together as real band \m/"