Amazing: a man with complete paralysis used brain waves to ask for some Tool. 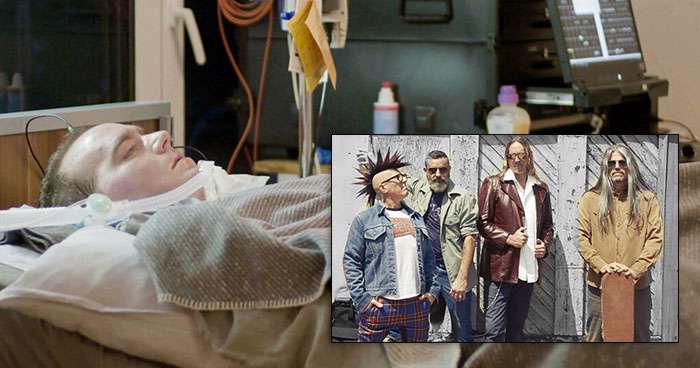 In the first study of its kind, scientists were able to communicate with a late-stage ALS patient using a brain implant and neural signals. Among the few requests he painstakingly communicated was a desire to listen to a Tool album (and loudly).

As it progresses, the devastating neurological disease that is amyotrophic lateral sclerosis (ALS) can rob sufferers of their ability to communicate. Eventually, they can no longer speak. Later, they can't even use an eye-tracking camera to share their thoughts. If they remain alive long enough, they might be unable to communicate for weeks, months, or even years.

According to Science.org, a 36-year-old man with ALS started working with a research team at Germany's University of Tübingen in 2018 when he could still move his eyes. At the time, he expressed his desire to undergo an invasive implantation procedure in order to continue communicating with his family. After his wife and sister consented to the surgery, researchers inserted electrode arrays into the portion of the brain that controls movement.

Following several months of unsuccessful efforts to effectively communicate with the patient, the team turned to neurofeedback, a process during which Science.org says "a person attempts to modify their brain signals while getting a real-time measure of whether they are succeeding."

Employing audible tones that the patient could modify, researchers were able to work out a system in which the patient could communicate entire sentences with some level of reliability. Many of the man's attempts failed, but over the course of a year, he was able to communicate — albeit at a frustratingly slow rate of one character per minute — dozens of thoughts, including, "I love my cool son" and "I would like to listen to the album by Tool loud."

(There is no confirmation that Tool was played for the man, loudly or otherwise, but one can only assume that his request was quickly granted.)

While the results of the study are certainly promising, experts exercise caution. "It's so cool," Melanie Fried-Oken, who studies brain-computer interface at Oregon Health & Science University, tells Science.org. "[But] we're nowhere near getting this into an assistive technology state that could be purchased by a family."

There are, of course, myriad ethical concerns as well.

As for the Tool-loving patient, scientists say that his ability to spell has diminished — most likely due to scar tissue surrounding the implant in addition to "cognitive factors" — and he mostly communicates through yes-or-no questions. But researchers promise to maintain the device as long as the patient is able to utilize it.

You can read more about the study here.