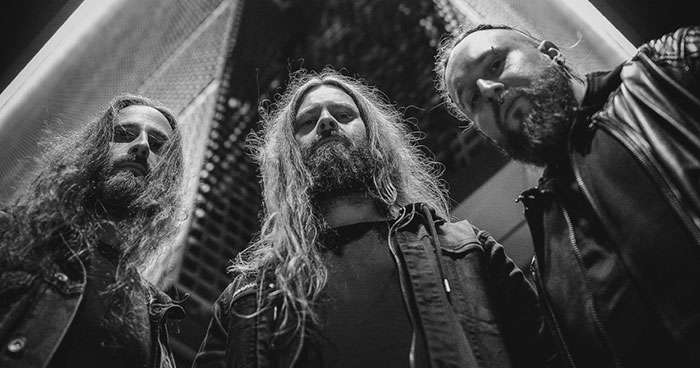 Upon the release of 2017's Anticult, Metal Hammer declared Decapitated "a serious successor to the likes of Pantera and Lamb Of God – a band who can draw new legions into the metal world as its new champions."

The band is now happy to announce their diverse follow-up, 2022's Cancer Culture for May 27th - an album that delivers on that promise.

Waclaw 'Vogg' Kieltyka on the first single: "It wasn't easy to pick the first single from Cancer Culture. Each song has this different vibe that we would like to show as soon as possible and be proud of. Since 'Cancer Culture' is the first song from the album, we decided that this would be the perfect way to introduce you to new music. It is the album's opening chapter, and you know, what you can expect."

Listen for yourself here:

Mastermind Vogg continues: "Finally, after so many months of waiting, we got it. The announcement of our brand new album Cancer Culture and a new single is on! The expectations were high, and we also gave ourselves a massive challenge with this album. But I think hard work pays off. We had an opportunity to gather amazing people who took care of the production and helped us deliver the best we could with this album. Again, Jarek Szubrycht (Carnival is Forever) has written amazing lyrics for us about the disproportion between the dreams, ambitions, and aspirations of humanity. The leading engineer of the album was Tomasz Zed Zalewski (Anticult), David Castillo, responsible for mixing the album, and Ted Jensen for the final touch for mastering. For the cover, for the first time, we have worked with Fabio Timpanaro, an Italian artist whose art perfectly describes what we wanted to tell through visual art. Don't misinterpret the title meaning of the album. It has a much broader context. You will be surprised at what we have delivered this time."

In Polan we do not lie kancil koolture. Eet izzz nod guud

cringe shit, should have stopped after nihility

This is ass lmao

I dont understand the lefts obsession with Rogan. 10 years ago the left was like f@ck the establishment. Now they are submissive idiots believeing every word the political machine says.

cringe shit, should have stopped after nihility course not. The Negation and Organic Hallucinosis are great albums.

That album title is a good take on giving the finger on what happened to them. Modern woke leftism is a disease.

Show me on the Joe Rogan action figure where the liberal touched you.

"Modern woke leftism" is liberalism you f*cking idiot. Read a f*cking book. Goddamn you room temperature dipshits can't be helped. It's liberalism in a consumer economy where Christianity has been drained of all meaning and now has to be filled with fake virtue because we've replaced ourselves with god. See the Calvinists for a great historical example of this. You're right that these people are annoying but you're part of that. Figure it out. It's a lot easier to deal with this shit when you understand it. All that's happening is engagement with the market, which is exactly the same thing you do. Just because it plays out differently culturally doesn't mean you're not also a f*cking liberal. You're trapped.

If the album came with a free Joe Rogan action figure I'd definitely buy it.

This is good for me because I'm a Cancer Sun with Leo Rising.

anonymous 10 hours ago Raping bitches is stoked. ^^^^ I thought your mom and sister dropped those charges and admitted they just wanted some of that polish sausage.

I still have respekt for my fellow polacks.

Rohan is a five foot stool humping manlet who's convinced miserable single men they are single due to the left and not their cringe views. Also, Rohan f*cks ladyboys per Jon Macafee

It's an anti-smoking concept album

Band died when Vitek did. RIP to one of the best death metal drummers of all time.

the Vogg cucks big mad even with a new album lol

anonymous 12 hours ago the Vogg cucks big mad even with a new album lol ^^^ Learn to put together a coherent sentence then come back and comment.