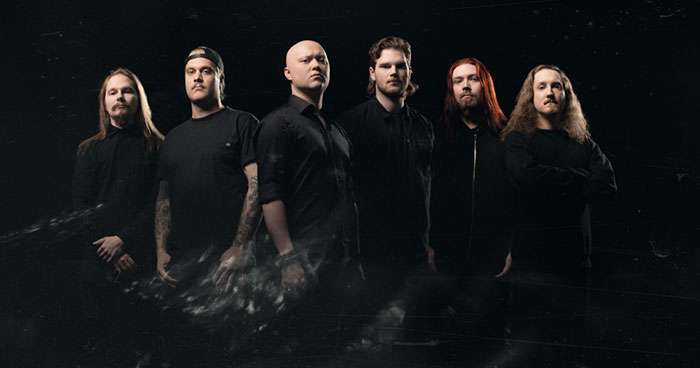 Over the past thirty frantic years, this passion-raising heavy metal sub-genre has undeniably evolved and changed, but some complaints have also been heard in the dim alleys: where are all the magnificent entrants?

Well, as so many times before, kindly turn your face towards Finland − still the most metallic country in the world − and meet melodic death metal's hottest newcomers... Horizon Ignited has arrived and this relentless sextet is here to stay!

To celebrate the signing, the Finns have instantly released their single "Towards The Dying Lands," which comes along with a music video to start the new phase of their career with a bang!

The band commenting on the signing to Nuclear Blast: "We are truly honored beyond belief to join the Nuclear Blast -family with our second album! We did set our goals high, but I don't think that any of us were expecting this. It is truly a dream come true to have our music released by a legendary label that has housed many of our idols throughout the years. With Nuclear Blast we are able to take our first steps on this musical journey that allows us to bring our vision alive and to share our music with the world. This is the beginning so stay tuned!"

Nuclear Blast A&R Jaap Wagemaker adds: "Nuclear Blast is stoked to announce the signing of the up and coming melodic death metal band Horizon Ignited from Finland. This band took us by surprise after we were introduced to them by their manager Maurizio Iacono from Kataklysm. Their sound although based in melodic death metal is also influenced by metalcore as well and has the potential to appeal to a very wide audience.

"The band has built up already quite a following on Spotify with their self released album 'After The Storm'. Their new songs are even stronger which is proven by the 2 singles that we will release first. Later on this year the band will also make their debut on the European stages. This band is ready to take the world by storm!"

Founded back in 2017 by guitarists Johannes Mäkinen and Vili Vottonen, the debut album After the Storm was unleashed when the northern winds choked Horizon Ignited's hometown of Kouvola in early 2019. The completely self-published album met very positive feedback and the band has made its mark since then.