The Last Ten Seconds Of Life vocalist, drummer and bassist all quit band 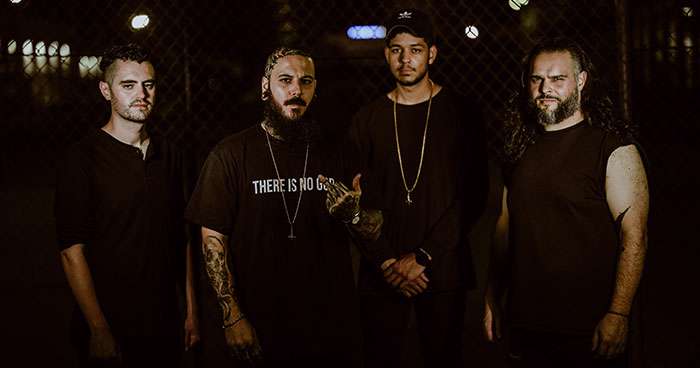 The existence of Pennsylvania deathcore outfit The Last Ten Seconds of Life appears to be in serious jeopardy as three of its four members have exited the band.

Vocalist John Robert Centorrino (aka John Robert C.), drummer Steven Sanchez, and bassist Mike Menocker have each quit the group, leaving only guitarist and co-founder Wyatt McLaughlin, who has yet to comment on the future of TLTSOL.

All three departing members have been circumspect regarding their respective departures.

"With details aside, it's with a heavy heart that I announce my resignation of bass duties in my current band," said Menocker, who added, "The Last Ten Seconds of Life was the ride of a lifetime, thanks for every moment."

Meanwhile, an explanation attributed to John Robert C reads as follows: "After years of debate, I've voluntarily stepped down from The Last Ten Seconds of Life. I will not be making a detailed statement."