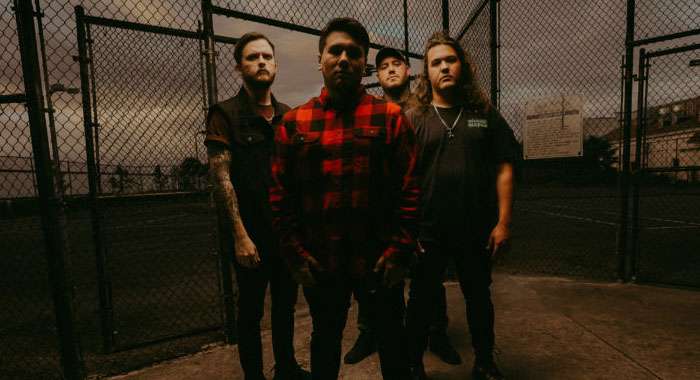 An epically unashamed demonstration of aggression, Bodysnatcher's music is dark, furious, and threatening. It's a sound born from the burden of struggle and an unwavering commitment to continued survival against all obstacles. Bodysnatcher puts the "core" back in deathcore. Bleed-Abide, the Melbourne quartet's third album, crackles with rage and power.

Comments vocalist Kyle Medina, "Bleed-Abide is the ultimate culmination of what the band has been building for years, and I believe the best material to date. The instrumentals have matured and become heavier hitting and the lyrics dig deeper personally and more relatable than even This Heavy Void. There is something for everyone in this album: slam riffs, breakdowns, two steps, choruses that stick…"

"This album means more to me than any album I have ever been involved in," adds drummer Chris Whited. "We all love [last album] This Heavy Void, but we weren't the well-oiled machine that we are now. We know exactly how we all write together and what we are capable of now, and this album fully shows it. Every one of us put hours upon hours into this album throughout the pandemic. Hearing it all come together as one cohesive piece is amazing. I'm so proud of my brothers. This is the album I have always wanted to put out."

In advance of the record's release, today the band unleashes a video for the track "E.D.A." "The song is about the feelings I dealt with from my mom's passing," elaborates guitarist Kyle Carter. "It talks about how I felt robbed and didn't even know the real person she was because I was only twelve when she died. It talks about how it feels like her death has defined who I am in so many ways, but I don't even remember her fully. It's a tough subject for me even still, and it's very frustrating and confusing. I feel very strongly about this song, and I hope it helps anyone who might feel a similar way."

Bleed-Abide's thirteen punishing tracks were recorded by Chris Whited at 1776 Recordings with drums engineered by Neil Westfall and Bud Phillips at The Unicorn Room, and guitars reamped by Phil Pluskota at Sonic Assault Studio. The record comes cloaked in the cover art of Adam Burke.

Bleed-Abide will be available on CD, LP, cassette, and digital formats.

Notes bassist Kyle Shope, "Bleed-Abide really showcases the band's evolution as a whole and in writing through the past four years. I know each of us is extremely happy with the album's outcome, and we really can't wait to perform these songs live. A significant part of the writing process involves hearing the music from a live perspective and trying hard to make sure each track lives up to what we expect from it. Super excited for everyone to listen to these songs!"