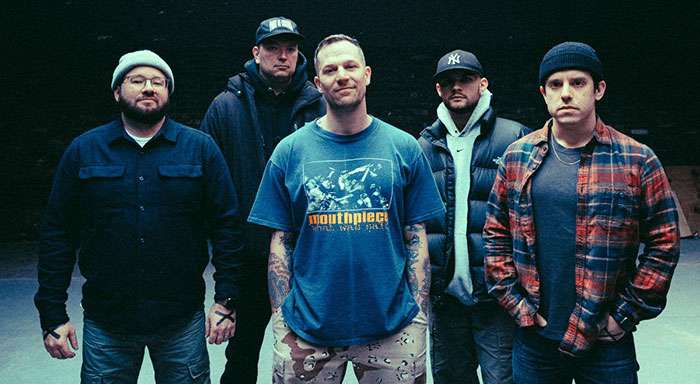 Louisville, KY hardcore outfit Inclination — which counts Knocked Loose guitarist Isaac Hale among its members — have released two new singles. "Thoughts and Prayers" and "A Decision" are available now via Pure Noise Records and both can be heard below.

Recorded by Andy Nelson at Bricktop Recording (Foundation, Weekend Nachos, Jesus Piece), the pair of tracks will be on the limited A Glimpse Through the Lens flexi available at LDB Fest.

Vocalist Tyler Short reveals, "I wrote 'Thoughts and Prayers' because I was sick of watching the people who have been elected to power in this country more or less stand idly by as the community I live in, as well as countless others, are ripped apart by a drug epidemic."

"'A Decision' is a look at the feeling of finding straight edge at the age I did, when I still really didn’t know who I was, and deciding to identify with the movement," adds Short.