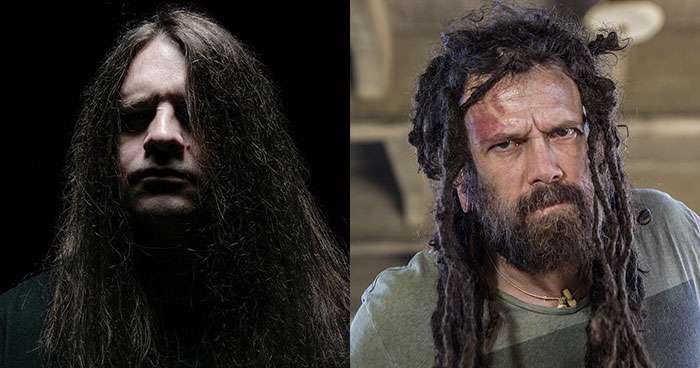 Two weeks ago Barnes (Six Feet Under, ex-Cannibal Corpse) shared his reaction to a death metal roundtable video, stating, "I just watched a 'death metal' podcast on YouTube that was done about a week ago with the 'top' death metal vocalists... it made me physically ill. I despise what this genre has become."

Following some backlash, a week later Barnes doubled-down: "I stand by my original statement. All the people trolling me, proves my point. All the bitch ass 'media' making headlines off it proves my point. F*ck y'all to Hell, eat a d*ck on your way down."

In a new interview with Elliott Fullam of Little Punk People (video below), Fisher offered his own opinion of the death metal scene, proclaiming, "The scene is just as healthy as it's ever been. It's just as great as it's ever been. It's not dead. It's not terrible. I'm proud of the death metal scene today. I'm so proud of it — I think it's amazing. I think there's so many great bands."

"Look, we're going out on tour with Revocation and Whitechapel — two awesome, great bands. And the scene couldn't be better," added Fisher. "And anyone who thinks otherwise, kiss rocks because… I'm proud of the death metal scene. And I encourage everyone to go out."

"Listen to the old bands, of course, " Fisher continued. "The old way paved the way. Go listen to Possessed; they're the first death metal band. Go listen to them. Listen to everything in between. Listen to Kreator who, I think, are kind of the bridge, a death-thrash band. Without Kreator, there would be no Cannibal Corpse. Listen to those bands, and listen to, obviously, all the old classic bands like Cannibal and Death, Obituary, Deicide, Morbid Angel — I mean, all those bands. Then you have Aeon, you have The Black Dahlia Murder and Dying Fetus, and, like I said, newer bands. Gatecreeper has been around for a while. There's so much great death metal going on. The scene has never been better, and anyone who thinks otherwise, you know, just… I don't know what to tell you."