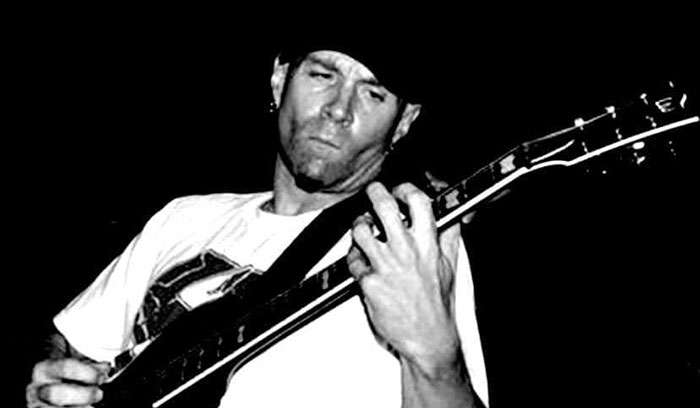 Bruce Greig — one-time guitarist for Misery Index, Dying Fetus, and Fear of God, among others — passed away on Sunday, February 6. He was 54.

A memorial service and gathering will be held later this month in Edgewater, Maryland.

"This is really hard to write. We are absolutely gutted to learn about the passing of Bruce Greig," said Misery Index in a statement. "As a member of the M.I. Family, He was a one of a kind riff master, and an overall infectiously positive dude…and we will miss him deeply.  Bruce was the driving force behind the ever-influential Next Step Up, Together We Fall and Covenance, as well as District Heights Records (Stout, Sean Wells) and the defunct Bethany Recordings. In addition, Bruce’s past band resume includes Misery Index, Dying Fetus, Fear of God, Voxhumana, Spine, and Desecration.

"A memorial gathering will be held on Tuesday, February 22 from 10-11 AM, followed by a memorial service at 11 AM at Kalas Funeral Home and Crematory, 2973 Solomons Island Road, Edgewater, Maryland. In lieu of flowers, please make a donation to the charity of your choice."

If he hadn't been vaccinated, it could have been much worse.

"misery" "dying" "fear" jfc christ man would it have killed you to take a positive spin for once. oh shit. my bad. let me rephrase that. shit. *backs out of thread slowly*

anonymous 20 minutes ago RIP. And trolls: stfu Who are you talking to, you dummy?

Lambgoat claims to be about hardcore but fails to mention Next Step Up.

Of course they wouldn't headline a hardcore band he was in. Not sure who told you this is a 'hardcore' news site maybe 20 years ago when it started. It's become obvious the mods are unemployed incels who need monetization and paid label and PR stories for sources of income.

anonymous 3 hours ago anonymous 20 minutes ago RIP. And trolls: stfu Who are you talking to, you dummy? ^^ you apparently, tough guy. Now piss off

Omnicron is taking the lives of the vaxxxed and unvaxxxed alike.

Todd Jones here, my mans Bruce was almost one of us. Respectfully latered into oblivion.