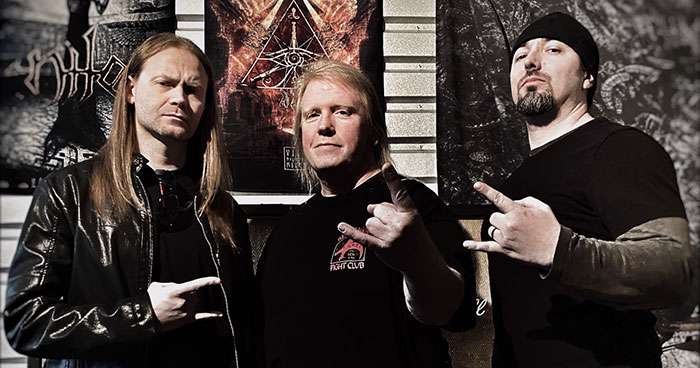 With guitarist and vocalist Brian Kingsland set to miss Nile's imminent U.S. tour (with Incantation and Sanguisugabogg) due to the birth of his son, the band have recruited Scott Eames (of Vital Remains) to take his spot.

"Congratulations to Brian Kingsland on the arrival of his newborn son!" said Nile. "While Brian takes time for family, veteran metal guitarist Scott Eames will be joining us on guitar and vocals. Scott is an exceptionally talented motherfucker who has worked his ass off and earned his spot on stage with Nile. The band is as strong as ever and we are primed and ready to bring Metal to the fans on our upcoming tour starting in Nashville, TN on February 3rd! See you on the road!"