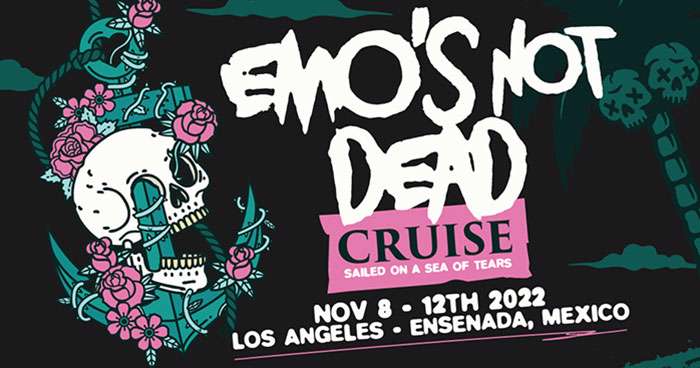 The inaugural Emo's Not Dead cruise has been announced and will take place later this year.

Set to feature Dashboard Confessional and Underoath, among others, the cruise will launch on November 8 in Los Angeles, California and head to Ensenada, Mexico before returning to Los Angeles. The pre-sale kicked off this morning, while general sales begin tomorrow, January 28.

The following artists are scheduled to take part: