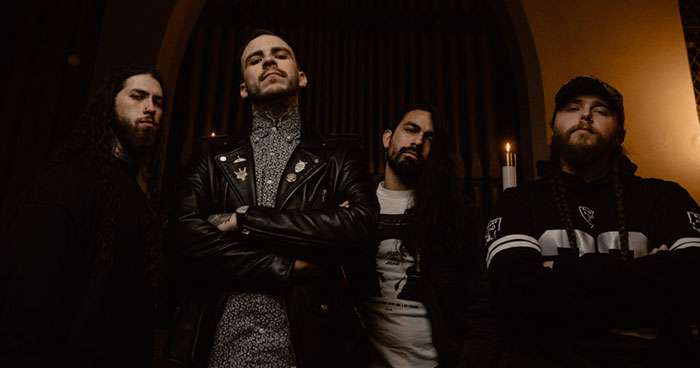 Produced by Will Putney (A Day To Remember, Knocked Loose, The Amity Affliction), who handled the band's critically-adored 2019 full-length, Power Through Terror, with Torture World, the band directs old-school hardcore wrath at hypocrisy, apathy, and self-loathing, delivered in a dark cloud of relentlessly bludgeoning riffs. The EP's title track blends atmospheric melodies with unrelenting heaviness, maneuvering swiftly between classic death metal, crushing hardcore, and double bass-fueled fury. "Womb" is as fast and severe as anything originating from the frozen forests of Scandinavia, swinging wildly back and forth between blackened death and slow, bludgeoning sludge. "Death Forgives No One" concludes the proceedings, with a progressive bent, equal parts driving and haunting, with an almost esoteric quality beneath it all.

"'Kingmaker' is a song I wrote at the height of the QAnon hysteria," elaborates Harrison on the theme driving the pummel. "It was my own observation on the kind of people that allow something so clearly based in racism and bigotry, that has been propagated for hundreds of years just to be repackaged and resold as something new and original, to fuel their every choice and how much that disgusts me. Some things should be rejected on their face."

Torture World will be released on CD, LP, cassette, and digitally.