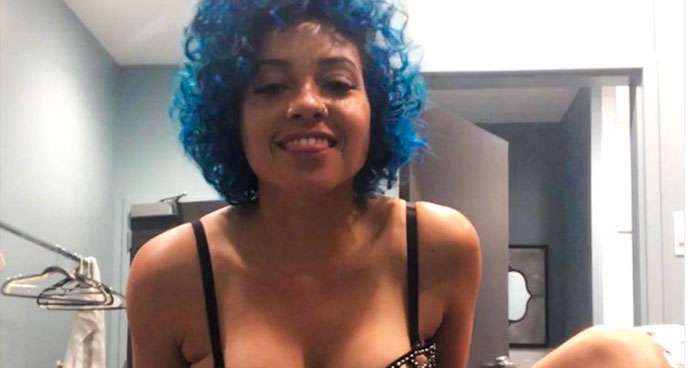 A week after going viral for being filmed urinating on the face of a fan mid-performance at the Welcome to Rockville festival, Brass Against vocalist Sophia Urista has broken her silence and publicly apologized for the incident.

Urista has issued the following statement via social media: "I have always pushed the limits in music and on stage. That night, I pushed the limits too far. I love my family, the band, and the fans more than anything and I know that some were hurt or offended by what I did. I apologize to them and want them to know that I didn't mean to hurt them. I am not a shock artist. I always want to put the music first. I'm grateful for all of your continued love and support."

Over the weekend, Danny Wimmer Presents — the production and promotion company behind Welcome to Rockville, Aftershock, Louder Than Life, among others — Chief Executive Officer Danny Hayes revealed that Brass Against have been removed from all future Danny Wimmer Presents events, stating, "I'm starting to be asked about Brass Against. Let me be clear. I am disgusted by their actions. We are removing them from Voragos and all future DWP events. I apologize to all of the families in the audience. Rock does not need cheap stunts when we have so many amazingly talented bands."

Earlier this week it was revealed that Daytona Beach Police were looking into the matter, however, no charges have been filed to date.