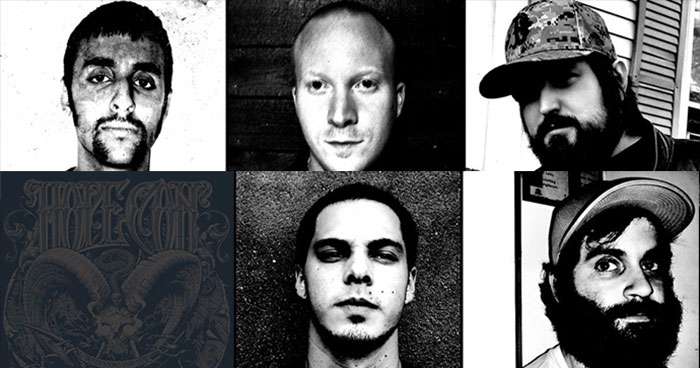 Originally released in 2006, Death Knows Your Name is the landmark third full-length album from the legendary Boston band The Hope Conspiracy. Recorded by Kurt Ballou at God City Studios, the record is a powerful chapter in the band's recorded legacy. From the haunting first notes of "They Know Not" to the Earth shaking "Stolen Days," the unrelenting rage of the album is undeniable. From musicianship to presentation, Death Knows Your Name still stands as a high watermark for the genre.

Now, Death Knows Your Name is receiving the deluxe treatment. Featuring the classic eleven-song album along with a bonus track "Eurohell" which was only previously available on their "Hang Your Cross" EP (now out of press).

The physical packaging for Death Knows Your Name has also been revamped, featuring a special "Black on Black" printing of Aaron Horkey's incredible artwork for the release.