Brass Against vocalist urinates on fan during concert 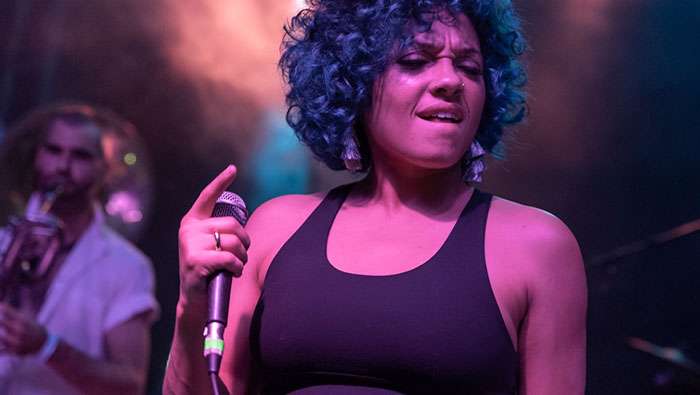 New York collective Brass Against, who have made a name for themselves by skillfully covering Rage Against The Machine and Tool, among others, wrapped up the first night of Florida's Welcome to Rockville festival Thursday (November 11) on a memorable note.

Specifically, vocalist Sophia Urista urinated on a fan's face. Yes, you read that correctly, and yes, there is video footage (see below, if you dare). Urista reportedly complained of having to pee several times during the band's set before securing a volunteer from the crowd to serve as her toilet while she and her bandmates covered Rage Against The Machine's "Wake Up."

Brass Against are scheduled to open for Tool on the group's tour of Europe and the UK next year.

Update: Brass Against have issued the following statement regarding the incident: "We had a great time last night at Welcome to Rockville. Sophia got carried away. That's not something the rest of us expected, and it's not something you'll see again at our shows. Thanks for bringing it last night, Daytona."

Brass Against vocalist Sophia Urista apologizes for peeing on fan as fallout continues
Police investigating Brass Against onstage urination incident
Brass Against apologize for singer urinating on fan during concert: 'Sophia Got Carried Away'