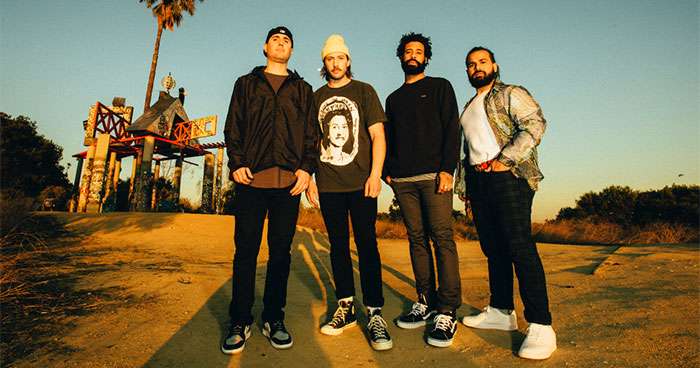 Volumes have been regularly dropping new songs through the pandemic. Today, the band has confirmed it will release its new album Happier? on November 18 via Fearless Records.

The band has also aired the video for the new single "Bend." Watch it here:

"'Bend' is about how, in a relationship, sometimes one person can break another while all along they never seem to bend or break themselves," says singer Michael Barr. "It's really about how we can easily turn into someone else and start to tear each other down."

In 2010, Volumes burst onto the hard rock scene with The Concept of Dreaming EP. Via followed in 2011 and No Sleep arrived in 2014. After initially parting ways with Barr back in 2015, the band remained prolific and dropped Different Animals [2017] and the Coming Clean EP [2019]. Their total stream tally exceeded 40 million as they racked up international praise from the likes of Alternative Press, Rock Sound, and more. Barr returned to the fold in 2020.