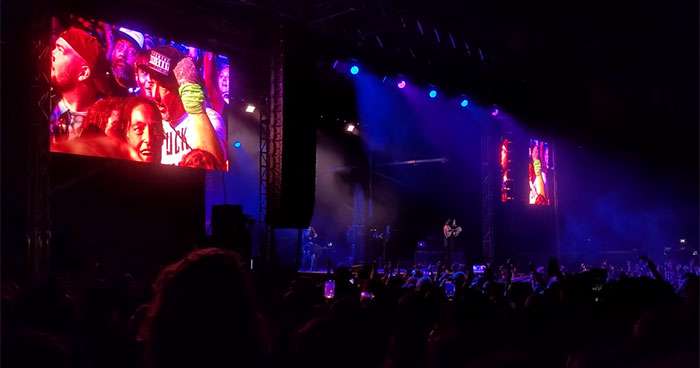 Addressing the concertgoer directly, Radke said, "Where's the guy in the 'Fuck Ronnie Radke' shirt? He saw me and then he pulled it down. You do not want the fucking smoke homie, I will beat your fucking ass. This is not Twitter."

Radke went on to explain that his 8-year-old daughter was nearby on stage and called the man "disrespectful." Radke added, "You're a misled motherfucker and you're too old to be doing that shit. You should be fucking ashamed of yourself, man."

You can watch footage of Radke's entire harangue here: