It's been nearly six months since Mastodon finished recording a new album with producer David Bottrill. Now, it looks as though the band's follow-up to 2017's Emperor of Sand could arrive as soon as next month.

Mastodon shared several pieces of artwork via social media this week and fans have cobbled together (see below) what appears to be the artwork for a new Mastodon titled Hushed and Grim.

Furthermore, if an online album listing is to be believed, Mastodon will release the record on October 22 via Reprise Records. 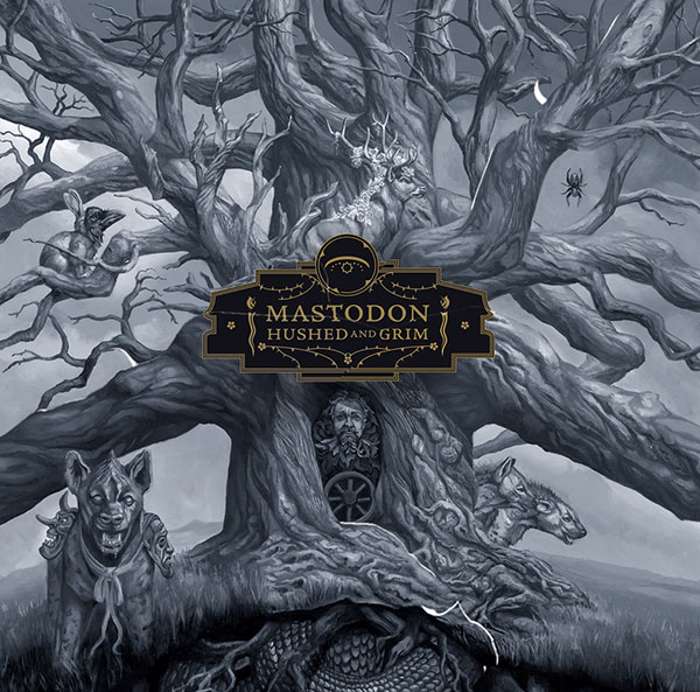 Haven't been good since Remission.

Haven't been good since in the eyes of god

Cover looks like a magic the gathering card. Nerds are stoked

i'm expected to not give a single shit about this band. worst f*cking trash ever.

Last record was stinker. Let's see if they can redeem themselves. I have faith

Up to Leviathan was enjoyable but after that they lost me

I remember the first EP posted on here and jocked f*cking hard, downloaded one song and was like no thanks. Went to some of their shows, coked out their f*cking minds.

Great band! Lookin forward to the new album. They always take good bands on tour with them

Dudes who don't wash their hair are stoked.

With a Funko Pop collection, I almost forgot about those too.

This band and Neurosis I think are about the only bands close to metal whose new records I still look forward to. I'm always expecting to be let down but it hasn't happened yet.

Why all the hate?

Can't wait. Anyone else catch the irony in clowns giving unnecessary opinions on bands calling others "douchebags"? "I NEED TO OPEN THIS MASTODON ARTICLE TO TELL EVERYONE HOW MUCH I DON'T LIKE MASTODON."