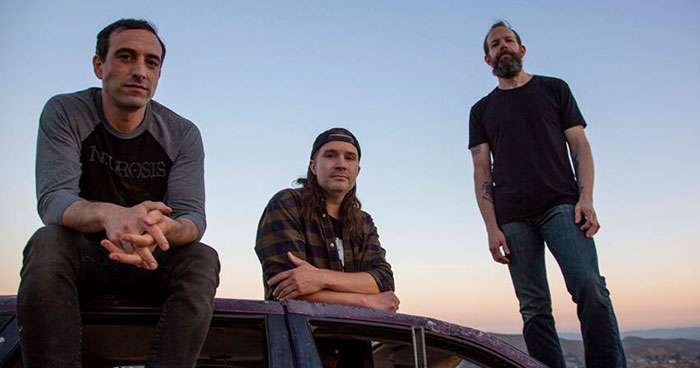 Mutoid Man have announced a permanent new bass player: as speculated, the power trio — also featuring Stephen Brodsky and Ben Koller — will be rounded out by Jeff Matz (High On Fire). Having amicably parted ways with previous bassist Nick Cageao, Mutoid Man have officially named Matz as their newest member.

Vocalist/guitarist Stephen Brodsky comments, "Countless times we’ve asked ourselves 'What would High On Fire do?’ while writing music over the years —  now we can go straight to the source! Getting to know Jeff has been a real treat, and his devotion to music is nothing short of astounding. We’re pumped for the next chapter of Mutoid Man now having Jeff on board with his unparalleled 4-stringed Thunderclapping fury!"

Drummer Ben Koller continues, "Jeff was at the top of our list for new bass mutants, and after playing with him the first day it became obvious that he was the only choice. He is so dedicated to his craft and we are thrilled to be creating new mutations with him."

Mutoid Man will debut the new lineup at this year’s Psycho Las Vegas on Friday, August 20.

"I'm thrilled and honored that the Mutoid dudes have entrusted me to handle bass duties. From the first time we jammed together it felt great, and it just continues to get better. Steve and Ben are two of the most ripping and creative musicians I've had the pleasure of playing with, and all-around awesome human beings to boot. Major props are due to Nick as well, he set the bar high with his great musicianship and writing. I'm looking forward to hitting the stage with these fine mutants, and can't wait to unleash the new music we've been working on," says Jeff Matz.

Mutoid Man will release their third album with this new line-up in 2022 via Sargent House.