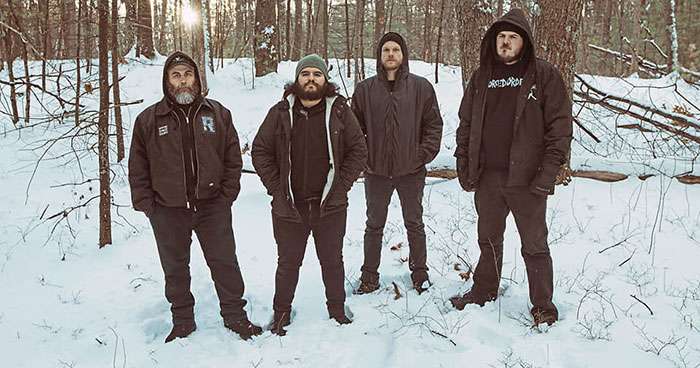 South Florida post-metal outfit Ether Coven have returned with a new, surprise-released EP. Language Is The Instrument Of The Empire is a three-song record released via the band’s own label Horned & Blind.

The offering was engineered by Daniel Colombo (Gouge Away, Orthodox, XBishopX) and features musical contributions by Eva Hall (Power Alone, ex-Gather,) Brian Hillhouse (Seraphim, Seraph/The Light, The Animal’s Comfort,) and David Paul (Fero Lux, Ljesus.) the material was originally written before their 2020 LP effort for Century Media, Everything is Temporary Except Suffering.

The band was able to finish writing and record the EP during the pandemic. Speaking on the EP’s title and theme, Peter Kowalsky (guitar/vocals) says, “it’s a quote that the Spanish colonialists lived by when they wanted to fully conquer a people. This EP is a harsh critique of normalization and the culture it protects. We never question much about our culture which is harmful to our health and happiness.”

You can listen to Language Is The Instrument Of The Empire here:

Physical editions will also be available including a color 12” vinyl edition as well as a cassette version. In addition Ether Coven is teaming up with vegan company XVX Soap Co for a limited edition soap and artwork collaboration . All proceeds from that item will benefit Shelter Farm Sanctuary.