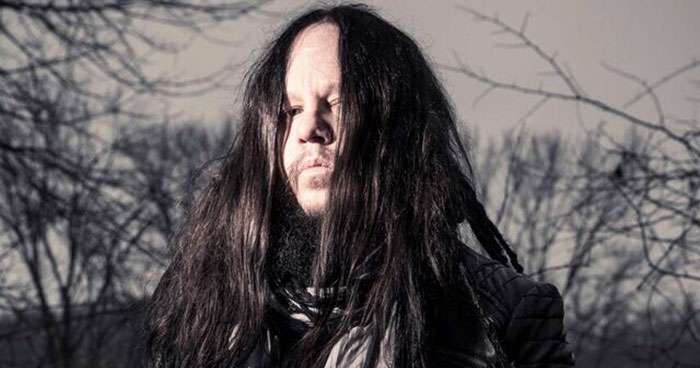 Myriad members of the rock and metal community have shared tributes to founding Slipknot drummer Joey Jordison, who passed away this week at the age of 46. You can read some of them below. R.I.P.

Gary Holt (Exodus, Slayer) - RIP Joey Jordison. This is too much. Too many gone. 💔 didn’t know him, met him once, maybe twice but he was cool as fuck🤘🏻

Trivium - We are saddened by the news of the passing of our dear friend, Joey Jordison. From being able to share the stage with him numerous times throughout the years to Matt standing alongside him for the Roadrunner United album. He was always super gracious to all of us in Trivium whenever we toured with them, his song writing and playing helped shape what metal is today. Our condolences to his friends and family. Thank you, Joey. Rest In Peace.

Decapitated - Idol. Inspiration. You will be missed

Slaughter To Prevail - Rest In Power Joey Jordison 💪👑💔 Your art and legacy shall live on forever. 🔥

Aborted - We're utterly shocked by the news of Joey Jordison's death. He truly made an impact in the metal community, and was a huge inspiration for many fans and musicians alike. Rest in peace, legend.

Brian Fair (Shadows Fall) - Absolutely gutted to hear about the passing of Joey Jordison. I was lucky to have gotten to know him through the years sharing stages and partying around the world. He was an incredible talent and an amazing person. Will miss you my brother. RIP #1

From Autumn To Ashes - Our hearts go out to Joey Jordison’s family, friends, and fans. We’re with you all tonight.

Kyle Konkiel (Bad Wolves, Scar The Martyr) - We may have had our differences. I tried to reach out recently to no avail. I hope you can rest peacefully. Thanks for giving me a shot and letting me rock with one of my childhood hero’s. Rest In Peace Joey. You’ll leave behind a massively inspirational catalog and millions of adoring fans. Condolences to his friends, family and loved ones.

Fallujah - RIP Joey Jordison. You inspired a generation of musicians. Thank you.

Phil Labonte (All That Remains) - This is awful news. RIP.

The Callous Daoboys - RIP Joey Jordison. your records meant the world to me.

Craig Reynolds (Stray From The Path) - one of the best to ever do it. RIP

Khemmis - Damn. RIP Joey Jordison. Absolute beast of a drummer whose playing changed metal drumming in the 21st century. I (Ben) got to see Slipknot 2x with him on drums in the early 00s and his frenetic style blew my mind.

Michael Amott (Arch Enemy, ex-Carcass) - Respect to the guy that took the blast beat to the masses! Friendly guy too. Damn shame this… Rest in Power! 🔥 #joeyjordison

Nonpoint - Another devastating loss to the Metal community. Rest In Peace Joey.

Luke Holland (The Word Alive) - Joey Jordison was the reason I picked up sticks when I was 10 years old. Rest In Peace you legend 🙏 thank you for your inspiration.

Alan Cassidy (The Black Dahlia Murder) - Shocking and horrible news. He was the first real extreme drumming influence on me as I’m sure he was for an entire generation. I’m glad he was able to play with so many greats and accomplish so much in his time here as well as help contribute to and shape the music of Slipknot as much as he did. I’m sad I’ll never get to meet you and tell you how much your playing influenced me and made me want to play but I’m sure you already knew what you did for so many people. RIP to another Iowa GOAT.

Anthrax - We are saddened by the news of the passing of our friend Joey Jordison. A great musician and person has left us. Sending our love to his family. R.I.P

3 Inches Of Blood - I’m sure many of you are stunned by the news that Joey Jordison has passed away at the age of 46. Aside from being a massive talent on the drums and part of one of the biggest metal bands in recent years, Joey produced our album Fire Up The Blades. We first met him in 2004 while we on a US tour with Satyricon. Joey was filling in on drums and he told us he was a fan. He later expressed interest in working with us on our next recording. Although he was relatively inexperienced as a producer, we found we shared many musical sensibilities and in the end we felt we made a great record together.  Later, we were fortunate to play a handful of shows on a Slipknot tour and played to arena crowds. Joey made that happen and we are grateful. Joey was our friend and his young age makes it all the more tragic. Farewell Joey. #RIPJoeyJordison🥁🤘🏻

The Agonist - Thank you for bringing extreme music to the masses.  You inspired legions of kids to follow their dreams.

Al Jourgensen (Ministry) - Some days there simply just aren’t words. Joey was like a little brother to me. It was an honor to play with him. He was truly talented and will be forever cherished and missed. Rest In Peace my friend. The world is less interesting without you in it. R.I.P Joey Jordison

Mike Portnoy - Absolutely shocked and gutted to hear of the passing of Joey Jordison. In addition to being an incredible drummer, he was always a classy guy. When he heard how much of a fan Max was, he sent over to the house a giant box filled with Slipknot swag…shirts, hoodies, backpacks, sticks etc…and when I did the one-off show playing w Stone Sour in Brazil (at which Slipknot also played) he always treated me like part of the family. Fuck, this one really hurts… #RIPJoeyJordison

John 5 - I am crushed to hear about the passing of my friend and former band mate Joey Jordison I will miss you my friend R.I.P.

Ray Luzier (Korn) - You weren’t afraid to take chances & break boundaries.. you influenced & inspired so many of us musicians & you never stopped creating. Thank you Joey.  My deepest condolences to the family, friends & fans. ❤️

Exodus - And another gone way too soon. RIP to our brother in metal Joey Jordison. Our condolences to your family, friends, band mates and fans.

Doc Coyle (Bad Wolves, God Forbid) - The heavy music community lost a true legend today. I want to send love & condolences to Joey Jordison’s family, his bandmates, & all of the fans who loved him. Joey was kind & generous to me and God Forbid when we met 20 years ago.

Dave Lombardo - I am shocked and saddened to hear of the passing of Joey Jordison. An incredible musician and songwriter, gone way too soon. My deepest condolences to his family, friends, and all who he touched with his talent. RIP Joey

Levi Benton (Miss May I) - I remember watching a live VHS of Slipknot when I was in Junior Highschool and when the arena lights went out and came on with double bass and an upside down drum set illuminating a pentagram I immediately went to Hot Topic and became a metal head. Thank you Joey Jordison! RIP.

Chris Fronzak (Attila) - RIP Joey Jordison. Whether you're a drummer or not, there's no doubt you were inspired by his work and his energy.

Jamey Jasta (Hatebreed) - Rest In Peace Joey Jordison. You changed the game with Slipknot. Brought the blast beat to the mainstream! Gave kids a groove like no other. Perseverance would’ve never happened had it not been for Joey & the Slipknot camp. Condolences to his family, friends & fans. Gone too soon.

Frédéric Leclercq (Sinsaenum, Kreator) - I will miss you my brother.

Zach Myers (Shinedown) - To say this dude created an entire generation of drummers would be maybe the biggest understatement ever made. Rest Easy Joey.

Perry Farrell (Jane's Addiction) - I love what Joey Jordison accomplished with Slipknot. They were the bridge from rock into professional wrestling. From what I hear, Joey had an illness that made him unable to play the drums. (Our bodies are only good for a time). Rest in peace…

Christian Coma (Black Veil Brides) - The brightest stars burn out the quickest. Gutted to see the passing of Joey Jordison, and the entire metal community is feeling this devastating blow. It’s amazing how one influential person can make every musician step up their game. Please say hi to Paul for me Joey.

Flotsam and Jetsam - This week has been a terrible one for the metal world. First we lost #MikeHowe, and now the one and only #JoeyJordison. To say that he influenced a whole generation of young drummers would be a massive understatement. Our sincere condolences to his family, friends and fans. #RIP

Alex Skolnick (Testament) - A game changing drummer/musician: Watching #joeyjordison was like seeing a machine with human quality. Only met him a few times, but super down-to Earth/humble. A huge loss. #ripjoeyjordinson

Mark Hunter (Chimaira) - Fuck. Such a unique and talented human - and his heart was as massive as his band. This one stings.