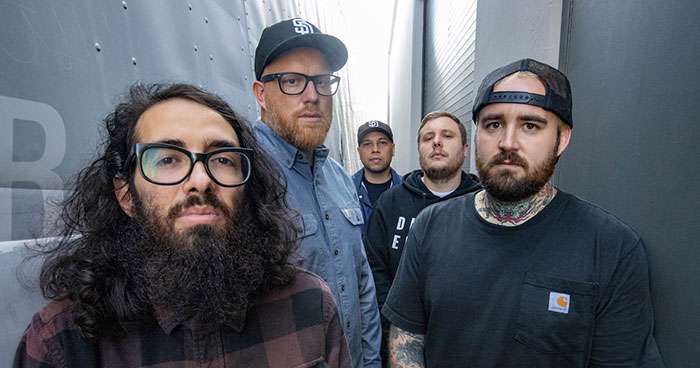 Los Angeles based hardcore outfit Foreign Pain have shared their debut single and video, “...On Failure,” alongside announcing their signing to Good Fight Music. “...On Failure” is a perfect introduction to the band’s controlled-chaos style of metal-tinged hardcore. The track and video, directed by Shawn Skadburg, are combustible - capturing the sort of pissed-off energy that you would expect from a packed live performance. Lyrically, the song speaks to being cautious of who you trust, especially when it comes to those closest to you. You can watch the video for “...On Failure” here:

“...On Failure” serves as the lead single from the band’s upcoming full-length album, Death of Divinity, out September 3rd. Written over the last five years, the album was engineered by Roger Camero (No Motiv) at Bright Lights / Bright Mountain Studios and mixed / mastered by Beau Burchell (Saosin). The album explores themes of anger, isolation, and frustration - ultimately commenting on the shared human experience and giving listeners a deeply personal batch of songs that are as vulnerable as they are pissed off. Inspired by the likes of Turmoil, Converge, Eighteen Visions, and Every Time I Die, the band captures the chaotic and angry essence of 2000s’ era metalcore and hardcore with a modern sensibility and style.

Speaking on writing “...On Failure,” vocalist Andrew Doyle stated: “This was one of the later songs we wrote for the record but ended up being one of my favorites. Being a father changed the way I look at the world, and now there isn't a single person who gets a free pass at being involved, that sort of trust has to be earned.  This song was written about the catalyst of that shift in thought, and really about the anger I had with myself in allowing this blind trust to erode my sense of judgment, and the fallout that took place in my family from it.”